Objectives: To investigate the usage and preferences for mobile and mobile services among respondents in rural and urban areas of delta districts of Tamil Nadu and identify their impact on digital divide. Analysis: The research was conducted across various parts of Tiruchirapalli and Thanjavur districts of Tamil Nadu. A sample of 340 respondents (140 in rural areas and 200 in urban areas) was approached with a questionnaire (bilingual-Tamil and English) having pre-tested items. Convenience sampling method was used. Appropriate statistical tools were employed to analyse the basic data. MultipleRegression was used to build the digital divide model. Findings: The analysis has pointed out the usage pattern of the rural and urban respondents across mobile-oriented and mobile-service oriented factors. Further the model indicates the extent of influence of these two variables in creating the digital divide. The service providers need to improve the standard of service in rural markets to strategically narrow down the existing digital gap. Similarly, the online activities of the rural population are also limited to messaging and few mobile applications. Mobile handset manufacturers should promote the use of smart phones in rural areas by introducing customise, affordable and feature rich models. With such a digital gap existing, it may slow down the development process and may restrict the beneficiaries from getting the government’s aids on time. The people in both urban and rural areas too should familiarise themselves with the use of various online services of the government and other voluntary organisations. Though the data usage is relatively low, the trend has picked up as the rural youth are familiar with these technologies. Applications/Improvements: This study has taken into consideration, two major communication factors viz., mobile and mobile service and investigated their impact on digital divide which is a new orientation in this area.
Keywords: Digital Divide, Mobile Usage, Rural-Urban Divide, Rural Consumer Behaviour

Selvabaskar, et al.,
Understanding the ‘Digital Divide’ - An Investigation of Mobile and Mobile Service Usage among Rural and Urban Consumers in Delta Districts of Tamil Nadu,Indian Journal of Science and Technology.2016;09(27):1-8

Demographic Profile and Intention to Comply with Security Policy in...

Objectives: The aim of this research is to assess demographic profiles in security compliance intention on financial ...

Our project was carried out at “Integeral Coach Factory Chennai” at shell division in shop no 21. Our pro... 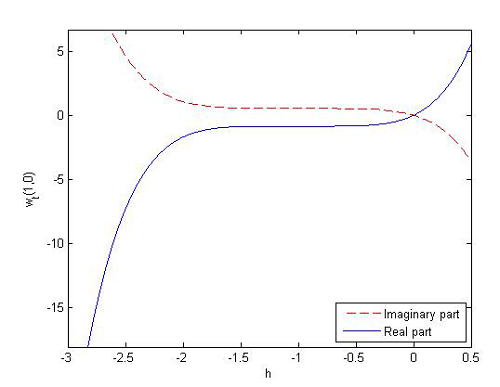 Objectives: This paper obtains the series solution of the cubic complex Ginzburg-Laundau equation, by means of homoto...

Effect of Temperature in SRB Growth for Oil and Gas Pipeline

In the oil and gas industry, pipeline is the major transportation medium to deliver the products. MIC has been identi...

The Relevance of Communication Skills to the Technical Students in ...

Objectives: The study on the Relevance of Communication Skills to the Technical Students in the colleges of Engineeri...

Simulation Analysis of AODV and DSDV Routing Protocols for Improvin...

Background: In the past few years, Mobile Ad Hoc Networks have been a popular area of exploration. But, to design a &...