A Cause-effect Analysis of the Relationship between Game Use Motives and Continuous Intention: Mediated Effect of the Attitude toward the Shutdown System

The purpose of the present paper is to identify if there is any cause-effect relationship between online game use motives and their continuous use intention with a mediating parameter of their attitude toward the shutdown system. To that purpose, a survey was conducted to a group of 328 game users and a covariance structure analysis was performed. First, it was found that challenge/accomplishment and attack motives had a significant influence on the users’ attitude toward the shutdown system. Second, it was found that entertainment; fellowship and attack motives play a significant influence on their intention to continue playing. Third, it was also found that their attitude toward the shutdown system was found to have a negative effect on their continuous use intention. Finally, a complete mediating effect was found between challenge/ accomplishment motive and their continuous intention with the shutdown system being a mediator, whereas attack motive was found as playing a partial mediating effect. As adolescents tend to use games for entertainment, fellowship and attack motives, they should rather be provided with other forms of leisure activities than simply prohibited from playing games. Also, measures should be taken that will help the users have a positive perception of the shutdown system.
Keywords: Continuous Intention, Game, Game Use Motives, Shutdown System 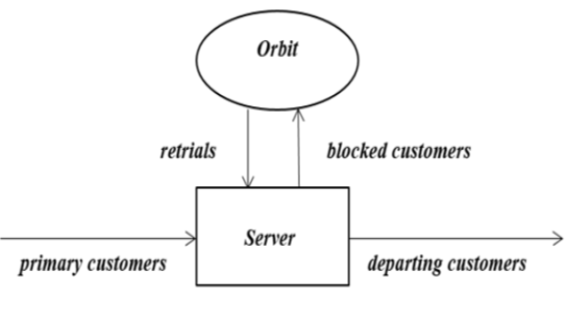 A Two-State Retrial Queueing Model with Feedback having Two Identic...

Objective: In this study we consider a two-state retrial queueing system with feedback having two identical parallel ...

Predicting Teachers’ ICT Competence in a Philippine University Us...

Objectives: The advent of information technology causes a significant impact on pedagogy and using ICT technologies i...

Effect of Hydrogen Addition and Equivalence Ratio on Tumble Motion ...

Engineers and researchers are struggling to reduce the emissions and improve the performance of the automobile engine...

Digital image watermarking is one of the best techniques available now a day to tackle the problems regarding digital...

A Theoretical Account on Beta Decay Stability for Isobaric Family

Nucleides with same mass number but with different atomic number are called isobars. Most of the unstable nucleides a...

Effect of Training on Knowledge Level of Farmers About Commercial P...

Objectives/methods: The study assessed the effect of training on commercial poultry and table egg production on the k...

Integration of a Heart Rate Monitoring System in a Virtual Reality ...

Objectives: The aim of this research is to study the reliability of a heart rate levels monitoring system used in a v...

LearnCube: A Conceptual Framework for E-Learning Implementation in ...

Background/Objectives: E-Learning (EL) enable educators to make use of the internet facilities to deliver their teach...

Design and Implementation of PLC based Automatic Liquid Distillatio...

Objectives: This paper proposes the design and implementation of an automatic liquid distillation system. The prototy...