A Genetic Algorithm Based Intuitionistic Fuzzification Technique for Attribute Selection

This paper initiates perceptions and algorithms of feature selection, survey of existing feature selection algorithms and assesses diverse algorithms with a classifying frame based on search approaches, valuation criteria, and provides strategy in selecting feature selection algorithms. A unifying platform is projected to continue our efforts headed for building an incorporated system for intelligent feature selection. Feature selection intends to reduce the dimensionality of patterns for classification by choosing the most informative instead of irrelevant and/or redundant features. In this proposed work Intuitionistic fuzzy based feature clustering is proposed for grouping features based on the degree of membership and degree of indeterminacy among the attributes and clusters. In this proposed work a novel approach which uses an Intuitionistic fuzzy version of k-means has been introduced for grouping interdependent features. Genetic algorithm reinstating which is the variation of traditional genetic algorithm is then applied to appraise whether the measured feature is independent of class labels; hence, it leads to eliminate unrelated clusters to classification process and progress the selection of features. The proposed method achieves improvement on classification accuracy and perhaps to select less number of features which show the way to simplification of learning task to a big extent. The Experiment results have been demonstrated by the good performance and also find good enough subset features of this method on using UCI benchmark datasets that are for data mining methods such as Breast Cancer, Sensor and Iris Records.
Keywords: Feature Selection, Cluster, Genetic, K-means, Fuzzy, Intuitionistic.

Generation of Test Case using Automation in Software Systems – A ...

Background: The main objective of this paper is to review the literature about automatic test case generation. Test A...

A New Strategy for Optimizing Energy and Delay in MCSMAC Protocol

MCSMAC refers to a protocol which is aimed to control multi-channel medium access in wireless sensor networks (WSNs)....

Background/Objectives: The fuzzy optimal solution is totally based on ranking or comparing fuzzy numbers. Ranking fuz...

Objective: There is a need for a distributed data storage mechanism to reduce the probability of data loss and cope w...

Contemplation of Expunged Data with the help of Digital Forensic To...

Objective: The main motto of this work is to trace the cyber fraud people and moreover we had extended this work in m...

A Study of Biomechanical Behaviour of Lumbar Vertebra L2-L4 Region ...

Objectives: To model and analyze the osteoporotic lumbar vertebra L2-L4 region and predict the stress patterns for di... 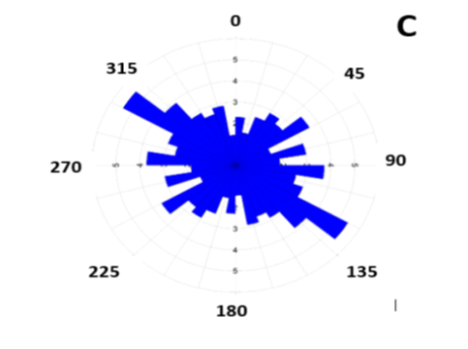 How Does Personality Link to Customer Retention? A Sequential Media...