Robot manipulators have become increasingly important in the field of flexible automation. So modeling and control of robots in automation will be very important. But Robots, as complex systems, must detect and isolate faults with high probabilities while doing their tasks with humans or other robots with high precision and they should tolerate the fault with the controller.This paper introduces a Neuro-Fuzzy Controller (NFC) for position control of robot arm. A five layer neural network is used to adjust input and output parameters of membership function in a fuzzy logic controller. The hybrid learning algorithm is used for training this network. In this algorithm, the least square estimation method is applied for the tuning of linear output membership function parameters and the error backpropagation method is used to tune the nonlinear input membership function parameters. The simulation results show that NFC is better and more robust than the PID controller for robot trajectory control.
Keywords:Robot arm, Hybrid Learning,Neuro-Fuzzy Controller(NFC)

Objectives/Method: SCADA networks are crucial for industrial organizations, and play an important role in real time i... 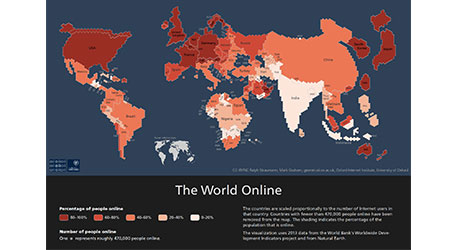 A comparative study of the global internet governance system betwee...

Objectives: To study on the Internet governance and effect factors of the order of cyberspace, "multi-stakeholder" go...

Background/Objectives: Doctors and patients are the primary stake-holders in patient care life-cycle. The vital role ...

A Comparative Evaluation of “m-ACO” Technique for Test Suite Pr...