Objectives: The Distributed Amplifier (DA) can be structured to give high and flat gain response from low frequencies up to the hundreds of GHz, according to the active device. Methods/Statistical analysis: Several techniques, studied in different technologies, have been proposed by previous work to enhance distributed amplifier performance parameters such as power, bandwidth and gain. This paper introduces a new design distributed amplifier. In this design, the gain cells forming by Monolithic Microwave Integrated Circuit (MMIC), which has two transistors with cascade structure. In addition, the preamplifier circuit added to at the beginning of the proposed structure. Findings: In the proposed topology, to improve the Gain Bandwidth (GBW) and reduce the noise, the preamplifier circuit is used. Numbers of stages are calculated in optimum mode and achieved fourth stages. In this design, Major advantages of the MMIC gain cells with cascade structure are: circuit design flexibility, elimination of circuit tweaking, improved reliability, and improve reverse isolation. Some of the most significant features of the proposed distributed amplifier, which make it more stable, can be mentioned as: high bandwidth, flatness of gain and low noise with best Input and output impedance matching and high reverse isolation over the bandwidth of 1 to 10 GHz are the important features of the proposed amplifier. The simulation prepares 11.2 dB as flat gain, an average NF of only 1.1 dB with the worst case return losses on the input and output of -8 dB and -10 dB, respectively and the reverse isolation is better than -44 dB across the bandwidth. Application/Improvements: Due to high performance of proposed DA, such as high GBW product with low noise figure, it will be used in the front-end section of radar systems.

Ambient Lighting for Korean Karaoke based on Screen Colors and Sing...

Objectives: In this paper, an interactive ambient lighting system for Korean Karaoke using the Neo-Pixel strip is pro...

Simulation Studies on the Performance of Small Engine Fuelled by Me...

Over the past few years, many researchers have conducted experimental and simulation studies using alternative fuels ...

Embankments are one of the most important and expensive civil engineering structures. Cost of construction of these s...

Multiphase flow is a subject of study in many knowledge areas. Cyclic changes of pore space saturation causes the app... 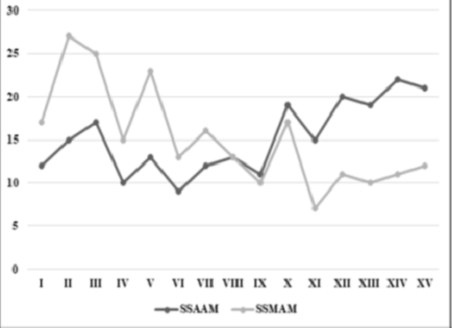 Objective: Road Safety Audit (RSA) gives scope for the reduction of accidents and helps us to provide safe, self-expl...

The aim of the study was to assess the effects of 6-week selected yogic exercises training on blood pressure. 20 purp...

Model of Stress Resistance Formation in Volunteers through Particip...

Background/Objective: The article analyses the results of an empirical study of personal and emotional characteristic...