A Study of Redundancy of Time Dilation in Theory of Relativity

Objectives: In this Paper a generic approach of ISM band channel scanner design module is proposed to identify available free white spaces to utilize under secondary communication network. Method/Analysis: The feature of opportunistic spectrum access (OSA) is to identify free channel to deployment purpose, the channel is compared on the basis of RSSI level individually amongst total available channel were in normally 80% channel are mostly vacant due to dominating nature of channel. The output of the OSA based ISM band channel brings a free channel identification and noise free path to continue communication in between other ISP. Findings: The result indicates that the available channels are having bunch of availability of total 14 no of channels in general. In which channel no 1-6 and 11 are comes under high dominating index ratio. The channel always forcing every new SSID/service provider to accommodate in between these three channels only; due to this a normal channel Co-channel conjunction/Interference occurs in crowed area. This may lead to call/request lost data packets in bulk! As a result users always share more data beyond a normal, causing more power consumption/ battery in cell phone/laptop. So for channel identification OSA technique is implemented which is actually determines dynamic spectrum access by comparing received power in –dB on -90dB to -20dB range were on results comparison above -50dB range signal is mostly having week strength/the origin of base channel is on far distance to other nearby channels. Once the low signal channel or non operational channel is detected it effectively deployed for secondary user network communication. Novelty/Improvements: In this novel design, portable OSA channel estimator-indicator is actively scanned in real time in live data fields; in future it helps to bi-pass the used channel to remove interference.

Dhiman, A Study of Redundancy of Time Dilation in Theory of Relativity. Indian Journal of Science and Technology. 2017: 10(43);1-19

A Users’ Satisfaction on the Environmental Performance of Natural...

Objective: Library users beside been under duress of the inherent academic challenges are also faced with acclimatizi...

Effect of Light on the Development of the Hard Roe of ACIPENSER BAE...

The goal of conducted experiment was to study the larval development of Siberian sturgeon Acipenser baerii Brandt, 18...

Experimental Investigation and Analysis of Torque in Drilling Al–...

This paper presents an experimental investigation on torque in drilling of aluminium hybrid metal matrix composite (A...

Classification of EEG Signals for Prosthetic Limb Movements with AR...

Objectives: This paper presented a novel approach with a set of Auto Regressive Moving Average (ARMA) features for th...

Objectives: Images got from image intensifier to assess joint movements during surgery are usually distorted. This pa... 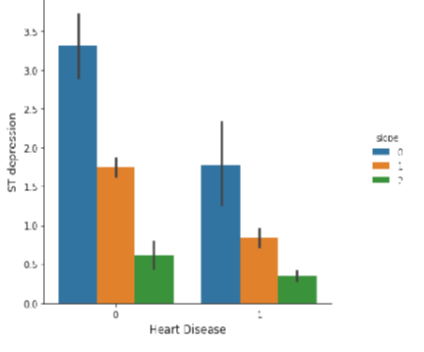 Objective: To propose the most effective machine learning algorithm for predicting cardiac problems. Methods: The dat...

Assessing the Influence of Organizational Culture on Employees Comm...

Objectives: To investigate the impact of four dimensions on organizational culture in Heterogeneous Industries which ...

Recently, autonomic computing researches have been applied based on the concepts of self-adaptation. Traditional auto...