A Study on Channel Preferences among Urban and Rural Banking Customers

Background/Objectives: The expansion of banking channels from branch to off-site formats have ushered in changes in the banking habits of customers across geographies. The expansion of the channels by banks were mainly intended as experience enhancement tools in addition to migrating the customers and reduce the operational costs through brick and mortar format. But whether the improvements in the channel paradigm have reached the urban, semi urban and rural banking customer is a big question and the study is intended to bring out the channel usage matrix of customers across banks and across geographies and the impact of these channels on the last mile customers having accounts across banks. Methods/Analysis: The study analyzed the awareness and usage pattern of ATM, Internet and Mobile Banking among 200 bank customers through a structured questionnaire. The collected data was analyzed using SPSS. The gap between the awareness and usage level was found out. In addition to that, correlation and regression analysis were also carried out. Findings: The results of the study confirmed that whether the channel offerings by banks are really reaching customers across rural, semi urban and urban bank customers and translate into usage more than the awareness. Applications/ Improvements: The implications for banks will be two fold. It will help banks to know the awareness level of their digital channels among their customers. It will also enable them to undertake research on the usage level of their channels across customer segments and retune their strategies for maximum penetration as well as usage
Keywords: Alternate Channels, ATM, Awareness, Bank Accounts, Bank Branches, Channels, Digital Strategies, Gap, Internet Banking, Mobile Banking, Usage

Sethuraman, et al.,
A Study on Channel Preferences among Urban and Rural Banking Customers,Indian Journal of Science and Technology.2016;09(27):1-9

Encrypting Data before Moving it to the Cloud using Specter Encrytion

Cloud Computing is the current technology that revolutionize the mobile and IT trade. Most of the mobile vendors&rsqu...

Objectives: The grid connected rooftop solar photovoltaic system is gaining momentum. The feasibility study of its in... 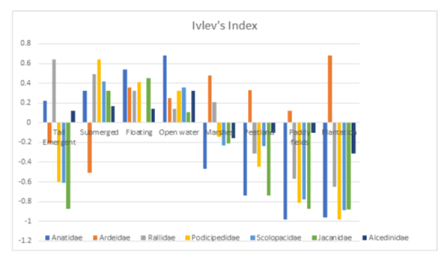 Background: Understanding abundance, diversity and density of waterbird species along with detailed description of ha...

Design of Log Periodic T-Antenna for Operation in S Band

In this paper, the design and simulation of a Log Periodic T Antenna is presented. T antennas are generally small siz...

A survey of the success of open innovation model application in Ira...

Biotechnology Corporations play a significant role in the economic and technologic development. As they have relative...

A Study on the Vulnerability of AODV Routing Protocol to Resource C...

A Mobile Ad Hoc Network (MANET) is one of the up-to-date technologies supporting communication of mobile devices. It ...

The accuracy of face image classification/recognition is absolutely based on the extraction of object of interest in ...