Background: The increasing concentration of heavy metal pollutants as hexavalent chromium ions has gained attention due to its effect on the environment. Hence, different methods have been applied for removing Cr (VI) in aqueous solution and bioadsorption seems to be a cost-effective alternative due to the use of lignocellulosic materials as biosorbents. Objectives: This paper is focused on a comparative study of adsorption capacity of Cassava Peel (CP), Lemon Peel (LP) and its chemical modification with citric acid (CP-CA and LP-CA). Methods/Analysis: The adsorption process was carried out in batch and continuous systems in order to determine the effects of biosorbent particle size and pH on Cr (VI) removal yield. Findings: It was obtained that removal yield of 54% and 56% were obtained for unmodified cassava peel and citric acid-modified cassava peel, respectively. In addition, LP-CA showed higher removal yield (48%) than LP (43%), which suggested that chemical modification, improves biosorbent performance. The Cr (VI) ions were desorbed using a solution of HCl, and then the biomass was used in three adsorption cycles to determine its reusability. The kinetic model was adjusted to the pseudo-second order model and Elovich’s model for both modified and unmodified biomasses regarding adsorption isotherms. Freundlich model is the one that best describes the adsorption process. Novelty/Improvement: The good performance of these biosorbents in aqueous solution of Cr (VI) ions make them promising candidate for removing of heavy metals water pollutants.

The effect of boron and zinc application on concentration and uptak...

A farm experiment with corn grown on Zinc (Zn) and boron (B) deficient soil was conducted to study the effect of Zn a...

Validating of the Urdu version of international physical activity q...

Background/objectives: Physical inactivity is a primary risk factor for global mortality and a large percentage of po...

Use of Central Mediator System and Cluster Head in Maintaining Faul...

Background/Objective: Till now most of the research works of wireless body area network have focused on only the func...

Drinks in Modern Russian Teenagers’ Picture of the World

Background: The present paper aims to reveal some peculiarities of drinks representation in the picture of the world ...

Using Part-of-Speech Sequences Frequencies in a Text to Predict Aut...

Objectives: The aim of the paper is to examine the efficiency of using of parts-of-speech (POS) bigram frequencies to...

Ranking of Faculties by Double Frontiers DEA and Traditional DEA (A...

Background/Objectives: In this research, we have tried to describe an appropriate mathematical model of Data Envelopm... 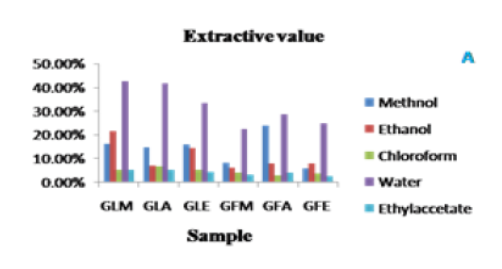 A Diagnostic approach for same looking plants for their Pharmacogno...