Objectives: The present research work generally focuses on predicting diseases from the lung disease test by using data mining techniques for spirometry data. Methods/Statistical Analysis: Spirometry is used to create baseline lung function, check out dyspnea, disclose pulmonary disease, watching effects of therapies used to treat respiratory disease, calculate respiratory impairment, evaluate operative risk, and performs surveillance for occupational-relevant lung diseases. Pulmonary function tests are used to find out lung capacity, based on which the many of the lung diseases can be identified. In this research work, a combination of k-means clustering algorithm and Decision tree algorithm was developed. From the results investigation, it is known that the proposed aggregated k-means algorithm and decision tree algorithm for spirometry data is better which compared to other algorithms such as Genetic algorithm, classifier training algorithm, and neural network based classification algorithms. Findings: Existing algorithms are unable to handle noisy data and also with Failure occurrence for a nonlinear data set. It should not classify the data set based on their input attributes. Prediction is not possible for existing system. Applications/Improvement: Spirometry data which is used to predict the lung capacity using Aggregated K-means and Decision tree algorithm. Our proposed approach is evaluated for each dataset accordingly

A Study on Passive Sustainable Techniques (PST) in Urban Landscape

Linked Open Data: Towards the Realization of Semantic Web- A Review

This paper provides the reader from the base to the state of art in Linked Open Data (LOD), with issues and challenge...

An Empirical Approach to Probe the Relationship between Advertiseme...

Background/Objectives: Brand image is a powerful asset which can be easily reached with the customer through an adver...

In this paper, statistical and regression analysis of kerf width using design of experiments is proposed for WEDM ope...

This paper throws light on elevating the performance of MB-OFDM by diverse techniques. The initiative was that the wa...

Establishment of Conservation Management System and Application of ...

The Conservation Management System (CMS) for stone sculptures in Gyeongbokgung Palace (hereafter referred to as the P...

Classifications of Dynamic Clustering based on Soft Computing

Data mining is major area in innovation of new trends in many application areas. The current applications generating ...

A Study on Development of Framework for Greenhouse Gas Reduction

Global warming and climate change have come to the fore as a key sustainable development issue. Many governments are ...

Post Editing System is an important module for improving the translation accuracy of any Machine Translation System. ... 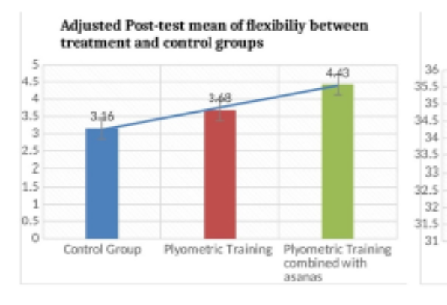 The Effects of Plyometrics and Asanas on Flexibility and Strength E...