Objectives: In case of medical emergency, an ambulance uses siren (which produces noise up to 120 dB) to alert the traffic on the road to give way. However, siren noise is troublesome to the patient lying inside. This calls for noise control inside the ambulance. Methods/Statistical Analysis: The passive noise control methods are not feasible and economically inviable so active noise control (ANC) method is applied. The ANC is electro-acoustic technique in which the noise signal is acquired and noise with opposite phase is produced and overlapped on input noise to suppress the same. The weights are updated using adaptive algorithms so as to reduce the error in ANC system. In present work, least mean square (LMS) and filtered- reference least mean square (FxLMS) algorithm based ANC systems are applied and compared for ambulance siren noise reduction. MATLAB is used for simulating the ANC systems. Findings: Both the algorithms are compared on the basis of residual noise and smoothened ensemble average square error (SEASE). From the results, it is found that both algorithms LMS and FxLMS are good in noise reduction. The noise reduction for FxLMS based ANC system is 28 dB whereas it is 25 dB for LMS based ANC system, which indicates the superiority of FxLMS algorithm over LMS algorithm. The results are obtained analytically as well as indicated by power spectral density (PSD) plots of the residual noise. The comparison of SEASE for both algorithms also indicates better performance for FxLMS algorithm. The ANC system based on FxLMS algorithm is more stable as it considers the secondary path which includes practical components such as ADC, DAC, etc. Applications/Improvements: The results indicate that FxLMS algorithm based on ANC system can be implemented on the hardware using DSP processor. It can be further used for the other applications of noise reduction such as server noise, vacuum cleaner, etc.

Background/Objective: To investigate the control policy of the two-phase Mx /Ek /1 queueing system with server startu... 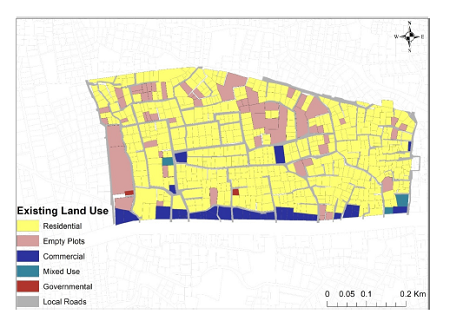 Objectives: Urban upgrading is a widely used method in developing informal settlements. The method has shown a high s...

Suitability of Partial Replacement of Pulverized Plastic as Fine Ag...

Objectives: Disposal of plastic was a major problem in the present era, as the usage of plastics was growing day by d...

Objectives: A reliable in vitro regeneration protocol by direct organogenesis was developed in ICP 8863 variety of pi...

The recent incessant cases of building collapse have made it necessary for building site to be characterized before t...

The aim of the study was to determine the association of lipid profile with high sensitivity C-reactive protein (hsCR...

REPRODUCTIVE HORMONE PROFILE AND TISSUE ARCHITECTURE OF GONAD IN MA...