Background/Objectives: The goal of screening exams for breast cancer is to find cancer before they start to cause symptoms. The objective of this paper is to propose a diagnosis tool to detect breast cancer at the earlier stage. Methods/ Statistical Analysis: The proposed diagnosis tool for detecting breast cancer involves the various processes which includes wavelets. The diagnosis tool is proposed to execute multiscalar contrast enhancement at different wavelet scales. The process is continued with segmentation techniques which combine information of the core image structure and the boundaries. The approach confirms the use of a single algorithm for image processing and detects both microclassification and masses in the breast image. Findings: An algorithm has been proposed for the enhancement and denoising of an image with the help of processing through wavelets. Moreover, in case of microcalcification, a general method is described. The function is to execute multiscalar contrast enhancement at different wavelets scales. On the other hand mass detection means a segmentation of image where mathematical morphology is mixed with dyadic wavelet information. Segmentation technique is divided in two different groups: 1. Discrete contour model and 2. Region growing. The proposed system was able to identify the masses and micro classification without any biopsy and other process. In this paper we have proposed a technique that introduces segmentation combining efficiently both the information of the core of image structure and the boundaries. This approach confirms the use of a single algorithm for image processing and detects both microcalcification and masses. Application/Improvements: The proposed diagnosis tool is also used for enhancing tiny features which can be still accurate in cancer detection. Further the algorithm can be used to classify the breast image as malignant or benign.
Keywords: Enhancement, Masses, Matlab, Microclasification, Morphology, Region Growing, Wavelet

Interpolation of Fuzzy Data by Cubic and Piecewise-Polynomial Cubic...

Background/Objectives: The purpose of this paper is to introduce fuzzy data cubic Hermite interpolation and develop s...

Objectives: Although several methods are available to identify ABLHeight (ABLH), a comprehensive study on the usage o...

Assessing CRM Practices in Hotel Industry: a Look at the Progress a...

Purpose: Customer Relationship Management (CRM) is a unique key element considered in the hotel diligence which is ex... 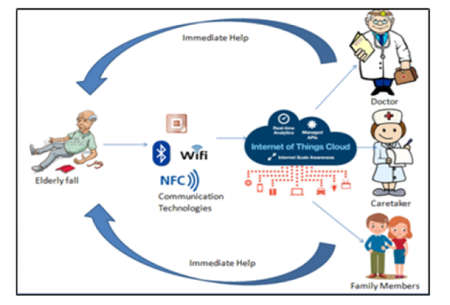 Objective: This work aims to develop a human fall detection method that is trained using data of routine movement of ...

STH: A highly scalable and economical topology for massively parall...

Highly parallel systems are receiving significant attention to solve the large and complex problems. This has resulte...

Waste to Resource for Sustainable Development

Objective: Waste is to be utilised as a resource material to reduce greenhouse gases. Green building concept is based...