Objective: Financial fraud detection is the most concerned task in many of the real world application where the number of fraudulent transaction is occurring. The efficient handling of the imbalanced financial data set would lead to the accurate and improved prediction of the more fraudulent behaviour present in the financial system. Method: An Optimal Ensemble Classification using PSO (OEC-PSO) is introduced. In our previous research work, Forecasting of Automatic Relevance Determination and Ripper classification (FARD-RIPPER) approach has been suggested which would classify the relevant subset of features that are more relevant to each other using ripper classification approach. However single base classifier used for classification might lead to the high misclassification rate which is resolved in the proposed research work. OEC-PSO makes use of four different classifiers namely, “ADTree, Cart, Prism and Ripper” for Assembling to obtain accurate classification result. Particle swarm optimization approach is introduced in this work for selecting the most optimal ensemble classifier which can produce the accurate classification result. The fitness value is updated in the every iteration by randomly changing the combination of classifiers and the subset features from training data partitions. Final Ensembling result is obtained by fusing the different classifiers results using weighted average scheme. The overall flow of this work provides flexible way for the users to detect the fraudulent behaviours present in the financial transaction system in terms of malicious patterns. Findings: The experimental tests were conducted in the Matlab simulation environment in terms of various performance metrics to prove the improvement of the proposed approach. The various performance metrics that are considered in this work are accuracy, precision, misclassification cost and the computational complexity. The experimental tests were conducted between the proposed methodology named “OEC-PSO” and the existing work called the Cost Sensitive Classification Method (CSCM). The results obtained were proved that the proposed methodology can work well with the improved accuracy, misclassification cost and the precision rate. Application/Improvements: The finding of this work demonstrates that the proposed methodology provides better result than the existing work in terms of improved accuracy and the computational procedure. It can be applied in the various online transaction oriented application such as banking, insurance sector and so on.

Educational breakthrough in Eritrea: some expectations and outcomes.

The ongoing national reconstruction Abstract: process of Eritrea is centered on the educational reformation. The Gove...

Simulation has become a key issue in analyzing, optimizing and designing wireless systems. In this paper, a mathemati...

A Conceptual Approach to Location Management in Wireless Networks

In this paper, in terms of conceptual aspects, we highlight the various common key features and issues involved in th...

Sustaining the efficiency in research of an academic unit in a Stat...

Background/Objectives: The general aim of this study is to determine the performance efficiency in research of the fo...

Survey on KnowledgeLevel, Perception, and Attitudes of Dental Hygie...

Objectives: The present study was conducted to investigate the educational experience, knowledge levels, and attitude...

Objective: The objective of this paper is to realize an n-bit reversible number generator. Several designs of number ...

Causes and effects of global warming

Global warming is defined as the increase of the average temperature on Earth. As the Earth is getting hotter, disast... 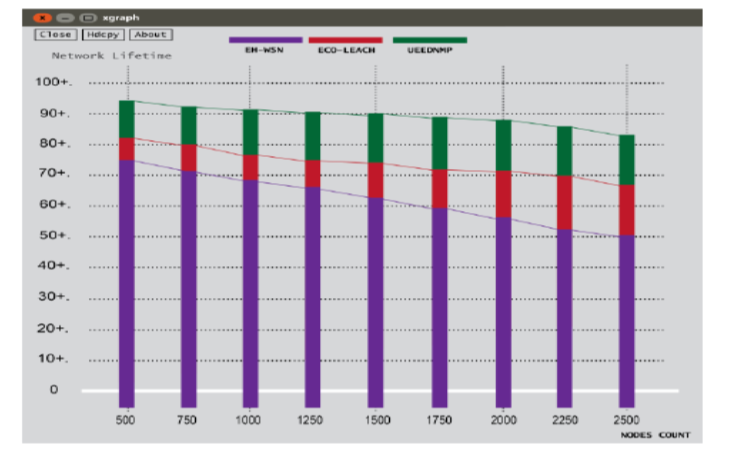 Background: Enhancing quality of service in forwarding the data packets from source to destination in WSN is a major ...