Application of NaCl for Biodiesel Components Production by Botryococcus braunii

Objectives: To reveal the potential use of NaCl for cultivation of Botryococcus braunii on commercial basis for bioenergy production. Methods/Analysis: The experiments were performed with different amounts of NaCl, two Botryococcus braunii strains and Anopheles mosquito larvae under controlled conditions. In order to find any role of hydrocarbons or lipids for killing of larvae, experiments with the algal extracts prepared in two solvents i.e., n-hexane and chloroform:methanol (2:1), were conducted. Hydrocarbons and lipids were analyzed by Gas Chromatography-Mass Spectrometry. Findings: Oil and hydrocarbon content in Botryococcus braunii were enhanced in Chu-13 medium supplemented with 0.5 M NaCl and growth was also not much affected. Relative ratios of different kinds of lipids and hydrocarbons produced by the algal strains were also affected significantly. Additionally, medium supplemented with NaCl was found to be fatal to Anopheles mosquito larvae which cause severe losses of algal biomass particularly during mosquito breeding season during outdoor algal cultivation. Novelty/Improvement: Finding of killing of Anopheles mosquito larvae and improvement in the quantity and quality of hydrocarbons and lipids by NaCl in nutrient medium can be probably exploited for the cultivation of Botryococcus braunii for biodiesel production.

Multivariate Data Analysis to Decide a Facility based Health Centre...

Objectives: Many of the mortality cases we see today especially in rural and remote areas are due to lack of proper m...

A Study on Effects of Creativity to Organizational Innovation

Creativity and innovation are globally emphasized as key competences that can dramatically change organizations. In p...

Objectives: A new unique feature extraction technique for face authentication is implemented in thermal imaging. The ... 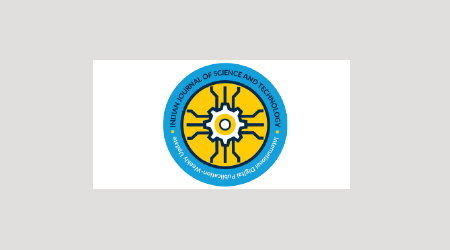 Fibroids, also known as leiomyomas, are the most common benign uterine neoplasms. Although benign, they can undergo m...

An analysis of urban system with emphasis on entropy model (Case st...

Nowadays, strong concentration of population and comprehensive facilities and resources in the capital cities and som...