Assessment of Foods and Drinks for the Presence of Extended Spectrum Beta Lactamase (ESBL) Producing Bacteria in Gombe Metropolis, Nigeria

Objectives: To make preliminary screening study for the presence of ESBL producing bacteria, in food and drinks sold in Gombe metropolis. 30 samples of food and drinks were collected and analyzed. Method: Bacterial isolation was performed on nutrient agar and identification started from gram staining; the gram negative isolates obtained, among which ESBL producers were found and further subjected to standard biochemical tests and confirmed to be enterobacteriaceae. They were then screened for ESBLs in accordance with Clinical and Laboratory Standard Institute (CLSI) breakpoint, and the suspected ESBLs bacteria were confirmed using double disc synergy testing (DDST) with standard Augmentin (Amoxycillin/ Clavulanic Acid, 30µg; Oxoid England, CT0223B), Ceftriaxone (CRO 30µg; Oxoid England, CT0417B) and Ceftazidime (CAZ 30µg; Oxoid England, CT0412B). Findings: The fourteen 14(100%) Gram negative bacteria isolated were found to include Pseudomonasaeruginosa 2(14.29%) and members of the family Enterobacteriaceae (enteric gram negative rods): Citrobacterfreundii 2(14.29%), Enterobacterspp. 1(7.14%), Escherichiacoli 4(28.57%), Klebsiellapneumoniae 3(21.43%), Proteusvulgaris 1(7.14%) and Salmonellatyphi 1(7.14%). When screened for ESBL production based on CLSI breakpoint, only 6 (49.99%) were positive and included C.freundii 1(7.14%), E.coli 2(14.29%), K.pneumoniae 1(7.14%), S. typhi 1(7.14%) and 1(7.14%) for Ps. aeruginosa. On subjecting them to DDST, only 2(33.34%) out of them were found to be ESBLs positive by an increase in inhibition zone of 5mm toward the centre disc, Augmentin. They include E. coli 1(16.67%) and S. typhi 1(16.67%). Application: In a nutshell, foods and drinks sold therein could serve as reservoirs for ESBLs producing bacteria.
Keywords: ESBL, Foods and Drinks, Gombe Metropolis, Screening

Objectives: The main objective of this paper is to develop a feature extraction of human retinal recognition for biom...

Concentrations of Some Trace Elements in Surface and Groundwater Re...

Concentrations of some trace elements such as Zn, Pb, Cr, Cd, Ni and Cu in surface and ground water in Agepanu and en...

FOLLISTATIN IS EXPRESSED ALONG WITH AROMATASE IN FEMALE GONADS DURI...

The Total Edge Irregular Labeling of Network Constructed by Some Co...

Many networks have been found the total edge irregularity strength’s. The aim of this paper is determined the t... 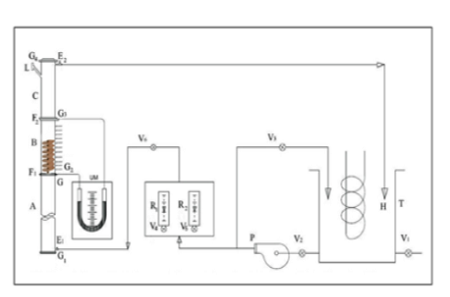