Assessment of Growth and Reproductive Biology of Porphyra species

Objectives: The study aimed to identify, estimate, compare and monitor the growth rates, reproductive patterns and ecological parameters in the natural grounds of Porphyra spp. in Claveria, Cagayan. Methods/Findings: Techniques to sample different species was done three times a week per station for gathering the results. Random sampling of Porphyra thallus was done on a regular basis for binomial on weekly basis for laboratory experiment to obtain the actual results of the study. Growth of Porphyra was calculated using the formula. Ecological factors were monitored using available equipment and gadgets. Porphyra marcosii appeared in November and December until January and disappearing in February. P. suborbiculata were last to disappear compared to other species. The growth rate increment was noted for P. marcosii in December. P. crispata showed variable growth with P. suborbiculata. Spore formation was noted in November in artificial substrates which appeared as dark encrustations; thallus was confirmed upon reaching 2-3 mm via microscope observation. Spore observation such as conchospore released in October that eventually observed in November. P.monospore released by young massive growth of new thallus in December and January. The development of carposporangium in P. marcosii was observed in December while P. crispata and P. suborbiculata were observed in January and February until the thallus turns green. Application: Ecological parameters such as strong winds and low temperature triggered the release of conchospore while strong wave action and long day length contributed to the occurrence and distribution of Porphyra. Dissolved oxygen and temperature showed a negative relation to all the growth parameters of P. marcosii and P. crispate. Ecological parameters showed positive relation to P. suborbiculata such as, salinity, relative frequency, diffusion rate and to its cover. Government must put up laboratory of Porphyra species ready for spores for Mari culture. And culture technology for the propagation of Porphyra species ready to use as ingredients of food processed to increase income.

Agbisit. Assessment of Growth and Reproductive Biology of Porphyra species. Indian Journal of Science and Technology. 2019;12(24):1-8

Smart City Based on NDNoT: The Future of IoT

Objectives: The paper shows the model for Smart City based on Named Data Network (NDN). In country like India an effe...

Design of 8051 Microcontroller Based Security System with a Laser B...

This article describes a low cost microcontroller based security system using a laser beam for use in highly restrict...

Characterization of the Generation through Electrolysis of HHO and ...

Background/Objectives: In most of the Cognitive radio and frequency spectrum access we are using Filter Bank Multicar...

Active and Reactive Power Management in Microgrid: Analysis in Grid...

A Conceptual Approach to Location Management in Wireless Networks

In this paper, in terms of conceptual aspects, we highlight the various common key features and issues involved in th...

The wireless ad-hoc networks are decentralized, the nodes in the network communicated without any pre-established ­a...

The psychometric analysis of the Persian version of the Strategy In...

The current study aims to analyze the psychometric qualities of the Persian adapted version of Strategy Inventory for...

Objective: This paper addresses the issue of model inputs selection before the forecasting exercise. Appropriate data... 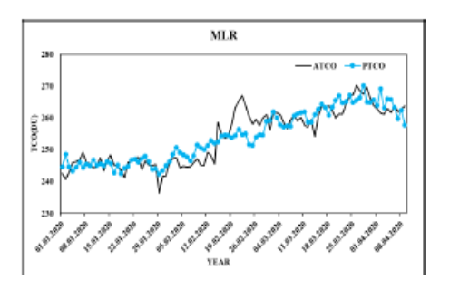