A control algorithm of tri-rotor aircraft using PID control and the effect of it in a tilt tri-rotor aircraft is proposed and observed in this paper.In the development of the control algorithm, a mathematical model consisting variables from three motors used and its tilting mechanism is obtained and referred to. A significant improvement is observed when the control algorithm is applied to the system in which the pitch overshoot is greatly reduced and approach to a constant zero.Tilt TriRotor Unmanned Aerial Vehicle (TRUAV) is an aircraft that has three motors and does not allow pilot intervention in the management of the flight. There exist situations where the surrounding environment is not appropriate or even dangerous to a human being. Examples of such case is a war zone area, steep terrains, explosive area, or even during armed attacks.
Keywords: Autonomous, Control, Tilt, Tri-Rotor,UAV 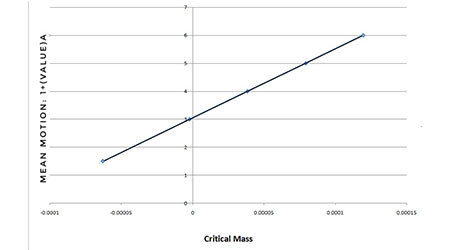 Background/Objectives: Employee Engagement is an important factor in the organization to achieve the success and incr...

The Plastic Function of Dot’s Place on Farsi Typography

Background/objectives: The problem addressed in this research is that some deconstructions of typography occur in Ira...

Performance Evaluation of Fuzzy DTC based PMSM for Pumping Applicat...

A Solution to Privacy Violation Problem in Korean Ubiquitous Govern...

The u-government services become more personalized and intelligent. For the successful implementation of personalizat...

Objectives: The objective of the examined active salient component classifier is to extract the image features from t...

Objectives: The effectiveness of recharge structures in enhancing the recharge process has been evaluated for differe...

Background/Objectives: The paper looks into an approach to develop landscape solution to landfill sites or an unused ...

Patterns and Trends of Educational Assortative Marriages in South K...

Studies have shown that Confucian societies exhibit the highest incidences of educational homogamy compared with soci...