Effect of Spacing, Nitrogen and Phosphorus on Growth, Flowering and Yield of Heliconia cv. Golden Torch under Nethouse

The present investigation was undertaken under net house conditions with an objective to study the effect of spacing, nitrogen and phosphorous on growth, flowering and yield of heliconia cv. Golden Torch at Floriculture Research Scheme, ASPEE College of Horticulture and Forestry, NAU, Navsari, Gujarat, India during the year 2007-08.The experiment was laid out in a Randomized Block Design with Factorial concept (FRBD) with three replications and twenty-four treatment combinations, comprising of two levels of spacing (S1 =50 x 40 cm and S2 =75 x 40 cm), four levels of nitrogen (N0 =00, N1 =100, N2 =200 and N3 =300 kg N/ha) and three levels of phosphorus (P0 =00, P1 =50 and P2 =100 kg P2 O5 /ha). The potassium @ 100 kg/ha and FYM @ 5 kg/m2 were applied as a common dose. The collected data was analysed by adopting ‘Analysis of Variance’ technique and the experimental results revealed that, among spacing treatments, planting of heliconia at a spacing of 50 x 40 cm (S1 ) enhanced growth, yield and quality parameters as compared to those planted at 75 x 40 cm (S2 ). Whereas, in case of nitrogen and phosphorus fertilizers, application of 300 kg N/ha and 100 kg P2 O5 /ha, respectively were found to significantly increased the growth, yield and quality parameters as compared to other levels. Among the different interactions, the significant effect of S x N interaction for number of suckers per clump at 9 MAP, number of flowers per clump and flower yield per hectare was obtained with the treatment combination of S1 N3 . Similarly, S x P interaction was found significant for number of flowers per hectare which were higher under S1 P2 . Likewise, the significant effect of N x P interaction was also obtained for number of suckers per clump, number of bracts per flower and flower yield per hectare with better shelf life with the treatment combination of N3 P2 . Hence it can be concluded that, for obtaining higher yield and flower quality,heliconia cv. Golden Torch should be planted at 50 x 40 cm spacing and fertilize with 300:100:100 kgNPK per hectare.
Keywords: cv. Golden Torch, Heliconia, Nitrogen and Phosphorous, Spacing

Replacement of the endocrine functions of pancreatic β cell presents a special challenge in substitute medicine ...

Content based Feature Combination Method for Face Image Retrieval u...

Objectives: To propose a CBIR based face image retrieval and identification model. Method/Analysis: A model of hybrid...

This work attempts to study the simulation of the kinematics routine for the axis control of the robot using br... 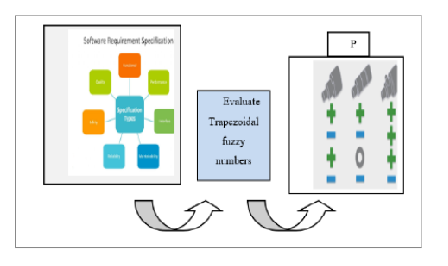 Objective: To prioritize requirements for large scale software projects within time involving uncertainty in the opin...

Investigation on New Innovation in Natural Gas Dehydration Based on...

According to growing of demand for natural gas in global markets, it causes to modify and intensify its process. Indi...

Economic losses due to enterotoxaemia in sheep

A study was conducted to estimate the economic losses due to enterotoxaemia and to analyse the factors influencing th...

Optimisation of Image Fusion using Feature Matching Based on SIFT a...

Background/Objectives: Image fusion is the technique which merges the input images to obtain the focused single image...

Methods of analysing missing values in a regression model

Different methods of imputation are adopted in this study to compensate for missing values encountered in the data co...