The studies in boiling water in microchannel that are shaped along turbine blades has been examined since the 1970s as a means to dissipating large amounts of heat. Later, similar geometries could be found in cooling systems for computers, fusion reactors, rocket nozzles, avionics, hybrid vehicle power electronics, and space systems. This paper addresses: (a) dissipation high heat flux by two phase flow (b) how the geometry of micro channels affects their activity i.e. of circular and non-circular geometry, and (c) means to enhance this performance. It is shown that despite many hundreds of publications attempting to predict the performance of two-phase microchannel heat sinks, there are only a handful of predictive tools that can tackle broad ranges of geometrical and operating parameters or different fluids. There are a lot of complications for the development of these tools because of insufficient databases and also the drastic differences in boiling behavior of different fluids in microchannel. It is shown that cutting-edge heat transfer enhancement techniques, such as the use of nanofluids and carbon nanotube coatings, with proven merits to single-phase macrosystems, may not offer similar advantages to microchannel heat sinks. The boiling flow regimes in microchannels were categorized as the confined bubble, slug flow, and annular flow depending mainly on the length of the bubble. Based on the dominant flow regimes in microchannels, a steady slug-annular flow model is proposed to predict the pressure drop and heat transfer characteristics. As a correlation method, the homogeneous flow model with empirical correlations was applied to the boiling flow in microchannels. In addition, this review concludes that boiling flow in microchannel can be an effective way to eliminate heat from the heat sinks.
Keywords: Boiling, Heat transfer, Two–Phase Flow.

Proposing a Novel Method based on NetworkCoding for Optimizing Erro... 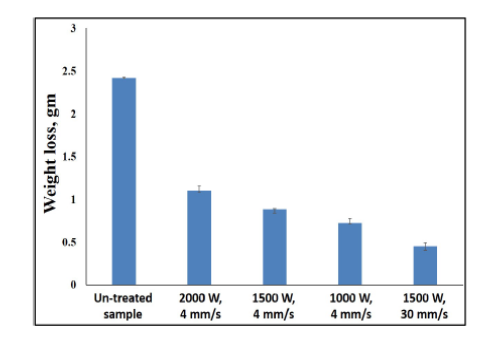 Enhancement of the tribological performance of pure titanium (CP-Ti...

Background/Objectives: The poor wear resistance of pure titanium has significantly limited its industrial and biomedi...

Cotton (Gossypium hirsutum) is the most important fiber crop and backbone of textile industry of the world. Cotton bo...

Background/Objectives: The main objective is to provide security while transmitting any data through a wireless data ...

Influence of Biotic and Abiotic Factors on Mulberry Mealybug, Macon...

Objectives: The present study was carried out to investigate the biology of Maconellicoccus hirsutus on Alba variety ...

Phytochemical Screening of a Pandanus Species from Ando Island, Bor...

Social Responsibility in Mining Companies of the Salt in La Guajira...

Objectives: The purpose of this article is to analyse the social responsibility in mining organizations of salt in th...

A Review of Dynamic Rate-Versatile MIMO Mode Exchanging between Spa...

Objectives: Subjective oral health status is dependent on whether proper education and practice of the education. Thi...