Department of Theory and History of Law and State of Juridical Institute of People’s Friendship University of Russia, Russia; [email protected]

Objectives: This article analyses some ways of using comparative legal research tools according to the latest methodological achievements of cybernetic epistemology. This kind of research is a complex Gnoseo logical process and its success depends on measuring of equipment using modern cognition approaches. Methods/Statistical analysis: Favorable results are possible if the researcher has a high level of general theoretical training, knows general methodological principles and is able to use new approaches and methodologies of cognition and estimation. These paradigms enable the creation of a specific complex system picture of researched political and legal phenomena. Findings: Today, complexity theory, or cybernetic epistemology, unites ever more the quantity of existing sciences, moving towards the new development known as “the sixth technological mode”. Its short formula is Nano-, Bio-, Info- and Cogno- (NBIC) technology convergence. The prime movers of cybernetic epistemology (complexity theory) named it figuratively «mind ecology», «ecology of ideas» or «deep ecology». The subjects of research of this theory are complex systems. They are known to have such attributes as synergism (holism), autopoiesis and recursivity. In general terms, a modern complex social system (civilization itself) may be transformed into new Humanistic Socio-Economic Formation (HSEF). With no alternative it would be organic integration of technologies of Kondratiev’s sixth mode (production forces), Galbraith’s third motive of human activity (labour relations) and democracy (of efficiency by Pareto), based on meritocracy (superstructure). Consequently, cybernetic epistemology uses all known scientific cognition approaches and becomes even more productive when used in comparative legal researches. Application/Improvements: The article insists that the use of the general methodological principles of complexity theory and K. Gödel’s incompleteness theory allow fruitful theoretical and practical results to be obtained when events such as the genesis, evolution and modern stage of the development of constitutionalism, different actual problems of law and state, complex social systems and perspectives of the globalizing world order are researched.

DOES LEPTIN PLAY A ROLE IN EARLY SEXUAL MATURATION IN MALE ATLANTIC...

Background/Objectives: Seeking a research in Role of Cleopatra VII, Definition of Film and Egyptian Make up in Cleopa...

Exact Solution for PTT Fluid on a Vertical Moving Belt for Lift wit...

Objectives: This attempt is made to investigate the problem of a study of thin film flow for lift while considering a...

In vitro propagation and cell suspension culture of Callistemon cit...

The bottle brush tree, Callistemon citrinus is a shrub that is nearing extinction. An attempt to revive this plant an... 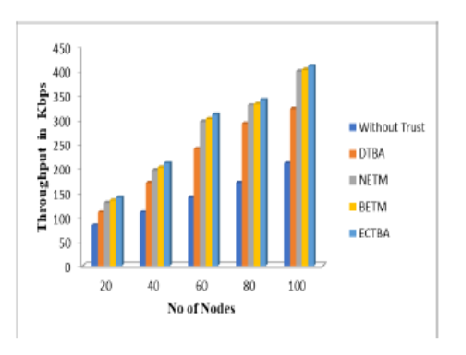 A Novel Trust Adaptability Approach for Secure Data Transmissions u...

Objectives: To find an efficient security routing model based on trust adaptability by considering various transmissi...

Background: Different products are manufactured from Cold Formed Steel (CFS) are used in the different field of our d...