Objectives: Angular and linear velocity measurements play an important role in monitoring and controlling the speed of motors used in applications such as conveyors, turbines, robots, automobiles and other moving objects. In the present paper, an inexpensive and portable system for the measurement of rotations per minute (RPM), linear and angular velocities is developed using Texas Instruments Hall effect sensor: DRV5023-Q1 and microcontroller MSP430G2553. Methods/Statistical Analysis: A unipolar Hall sensor switch produces pulses when a tiny magnet is brought in its vicinity. These pulses are counted by using the microcontroller in a fixed time interval and number of pulses per second gives frequency or rotations per second (RPS). From frequency, RPM, angular and linear velocities are computed. Findings: The measured parameters are displayed on LCD. The experimental frequencies are compared with the frequencies measured using commercial frequency meter (PHILIPS PM6624D). The linearity in velocity measurement (RPM) is represented in the form of a graph. Application/Improvement: In the present work an inexpensive and robust system is designed and developed for the linear velocity measurement. Further, the system is portable and works on a single rechargeable 9V battery. Such systems can be used in complex environment also.
Keywords: Hall Effect Sensor, Linear Velocity, MSP430G2553, RPM, Tachometer 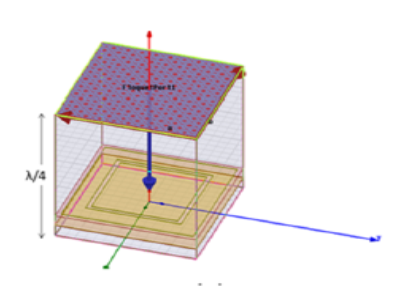 EFFECTS OF ETIOCHOLANOLONE GLUCURONIDE, A PUTATIVE PHEROMONE ON BRA...

The Effect of Geogebra on Students’Conceptualand Procedural Knowl...

The purpose of this study was to identify the conceptual and procedural knowledge on the topic of function based on t...

In this work, we propose a new algorithm that modifies the LS channel estimation technique by using a feedback LS cha...

Objectives: Most of the accidents could be avoided or prevented through simple measures like speed limit, precautions...

Objectives: To investigate the post-tensioning behavior of the soil-cement interlocking bricks used in masonry wall s...

A Survey on Control and Communication of Smart Micro Grid

TIn our day-to-day life we know that how much electricity is important and necessary. For the production of electrici...