Objectives: In this paper, we propose to develop a discrete adaptive equalizer based on Quantum behaved Particle Swarm Optimization (QPSO) technique for noisy channel. Methods/Statistical Analysis: Equalizers have to deal with harder and more complicated problems today due to crowded communication channels and increasing interference level. Findings: This work is an effort to counterbalance Inter-Symbol Interference (ISI) and other nonlinear impairments occurring in real world channels due to nonlinear devices installed in transceivers, cross talk, presence of impulsive noise, multipath propagation and the nature of physical medium itself. A simple, yet efficient optimization algorithm QPSO which belongs to a class of bare-bones PSO family is employed for this purpose. The performance of the proposed equalizer is compared with Least Mean Square (LMS) and other popular variations of PSO, namely Constant Weight Inertia (CWI-PSO) and Linear Decay Inertia (LDI-PSO) algorithms in order to investigate its efficacy. Application/Improvements: Mean Square Error (MSE) and Bit Error Rate (BER) are evaluated for each algorithm and a comparative study of the results reveal that QPSO enjoys an improved performance over other considered algorithms. The proposed discrete equalizer model can be widely used in communication system, especially mobile and satellite communication due to its effectiveness in noisy environment.

Background/Objective: To provide an efficient predictive technique to foresee future workload as well as to handle th...

Determining Pavement Layers Thickness and Moduli According to Non-D...

Background/Objectives: The engineers are permanently looking for a way to be informed and evaluate current conditions...

Numerical and Experimental Studies on the Chaotic Dynamics of Drive...

Dynamics of a microwave (X band) Gunn oscillator in presence of a periodic forcing signal has been critically studied... 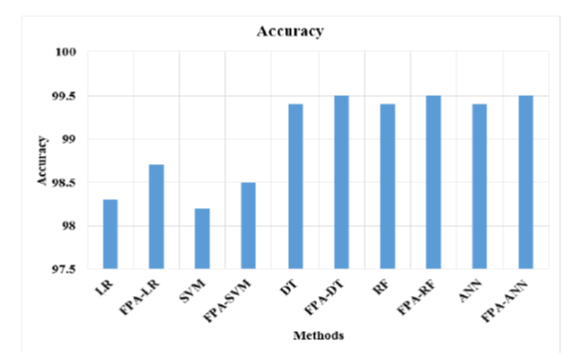 An efficient algorithmic technique for feature selection in IoT bas...

Background/Objectives Internet of Things (IoT) is an emerging technology that involves in monitoring the environment ...

An HRM Framework for Manufacturing Companies of Bangladesh Mapping ...

Objective: This paper aims to propose an Human Resource Management (HRM) framework for the manufacturing companies of...

Clinical Effectiveness of the Lateral Approach of the Maxillary Sin...

Objectives: Help the clinician to choose between the newly introduced, specifically designed instruments for this pro...

A Methodology for the Deployment of Sensor Networks

Objectives: In this study, we exhibit the examination of Smalltalk. Our focus in this study isn’t on whether th...