Design of Thermoelectric Generators for Oil and Gas Production Systems

The article focuses on the ways to reduce energy costs at oil and gas production facilities. The ways for efficient conversion of compressed gas energy into thermal energy are studied. Authors focus on R&D efforts in respect of thermoelectric generators for hydrocarbons production and processing systems. Creation of new environmentally friendly technologies requires designing new special equipment, which will be more sophisticated in production and operation, and have less weight and lower cost. Generation of thermal energy from the compressed gas energy is broken down into several phases. At the beginning of the cycle, the potential energy of gas is converted into kinetic energy. The gas is channeled to the turbine where the kinetic energy of the gas is converted into mechanical energy. The mechanical energy is transmitted through the turbine shaft to the rotor of the hydraulic machine. A pump performs the role of the hydraulic machine; such a hydraulic machine converts the mechanical energy into the hydraulic energy, generating a fluid flow, which serves as the coolant. When the fluid circulates in a closed circuit, the hydraulic energy is converted into the thermal energy, which is accompanied by the coolant’s heating. The energy conversion chain includes elements of an electromagnetic system; the efficiency of this approach is confirmed by relevant estimations and laboratory tests. A new concept of a thermoelectric generator for oil and gas production systems is suggested.
Keywords: Electromagnetic System, Energy Conversion, Engineering, Gas, Hydrocarbon Production, Oil, Research, Rotating Object, Thermoelectric Generator

Image feature extraction as well as retrieval of a medical image is a major problems CBIR technique. there is an impr...

Preliminary Study on Operating Parameters toward the Metastable Zon...

Objectives: Metastable zone width (MSZW) is a crucial parameter in designing co-crystallization process in order to a... 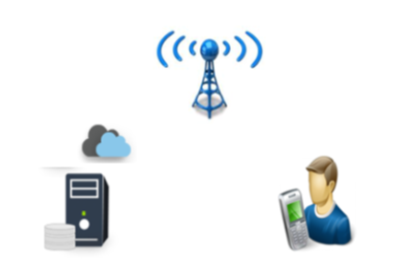 Objectives : Empowerment and Reaffirmation of Paternal Abilities or ERPAT are current trends in local government unit...

The trinity model of the universe: A hypothetical construct for uni...

Development of Inverse Mathematical Model of Rouse Formula to Estim...

Background/objective: The sedimentation is a burning issue all around the world; hence this research will help the ir...

PLC based Automatic Distillation and Collection of Ethanol-Water So...

This paper demonstrates the design and implementation of a binary distillation and collection of Ethanol-Water soluti...

Objectives: We construct new gauge symmetry in second level of open string and predict that it corresponds to a new g...

Background/Objectives: Feature Selection is a process of selecting features that are relevant which is used in model ...

Objectives: Numerous individuals among us lose their life to heart assault. Currently in India, the heart attack deat...