Background/Objectives:The wall climbing robots normally uses suction cups for adhering to the wall surface. The conventional suction cup system using common suction generator suffers from the failure of centralized suction motor. The practically realized climbing robots with on board suction generator are limited with single suction chamber due to load and power limitations. Methods/Statistical analysis: In the proposed work, the climbing robot is realized with two on board suction motors to cater two chambers. Each suction motor is integrated with a suction cup with suitable skirting. A drive system with flat rubber wheels enables the robot to move on smooth surfaces. The design concept of dual suction cup enables safe mobility through adaptive control and ensures the robot functions even any one suction generator fails or encounters higher leakage. This arrangement provides the required negative pressure for cup individually to adhere to the wall. An adaptive control scheme is developed and implemented by interactively controlling the suction cups negative pressure by varying the speed of the corresponding suction motor. This paper also discusses about its basic mathematical analysis, the simulation of the model and the prototype wall climbing robot. Findings: The simulation of the robot is performed using Matlab Simulink Software and also realized with hardware components using an embedded controller, pressure sensors and drive motors. It is observed through simulation that by varying the speed of the suction motor, the negative pressure in the suction cup system can be controlled. The simulation result for the complete holding of the suction cup system considering the frictional forces is found to be -70.25 kPa. The sliding and drop off negative pressure levels by allowing a minimum suction leakage percentage is found by performing simulation. These pressure level values are compared with the experimental suction cup system and found to be closer. Application/ Improvements: The developed climbing robot can be deployed for various inspection tasks of concrete walls, high rise buildings, steel structures etc., The payload capacity of the robot can be still improved by optimizing the pressure levels in the chambers. Keywords:Negative Suction, PID Control, Sliding Suction Cup, Smooth Surfaces, Wall Climbing Robot

Comparison and Construction of Body Fat Standards for Different Age...

Objectives: This study examined the differences in body fat percent and its variables comparing it with different age...

In this paper we have discussed the steps for facial age estimation and a comparative study of various methodologies ... 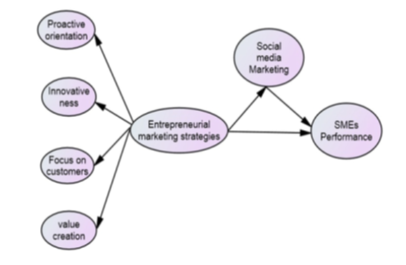 A mediation analysis of social media marketing between the relation...

Objectives: The main focus of this study is to find the role of social media marketing between the relationship of en...

Background/Objectives: Although many studies have investigated the reservoir formations in Dahrom group including Kan...

AGNT7 for an Intelligent Software Agent

Objectives: The paper defines an agent structure that will help in designing of the agents in agent oriented software...

Application of Sewage Sludge of Shrimp Farms as an Alternative to O...

Objective: The effect of residual sludge of industrial shrimp farming on the initial growth of maize is conducted. Ma...