R. Pannirselvam* and A. Navaneetha Gopalakrishnan

Objectives: The objective of the study is to develop CFs to estimate cost of STPs in the planning stage to facilitate selection of technology for Sewage Treatment Plant (STP). Methodology: The cost data for 30 existing STPs based on ASP technology, were collected, classified and updated to the base year of 2014 using the Construction Cost Indices (CCIs) published by Construction Industry Development Council of India. The regression analysis was performed with unit cost versus capacity in Microsoft EXCEL graphs and the equation with determination coefficient (R2) closer to one was selected as the Cost Function (CF). Findings: For validating the developed CFs, costs were predicted using the developed CFs for small, medium and large capacities and compared with the actual costs of STPs, Absolute Percentage Error (APE) for each STP and the MAPE as the mean of APE values for the three groups of STPs were derived. Similarly the MAPE values by comparing the predicted costs of STPs using common CF for all capacities with the actual costs were determined. The error measures MAPE values (as percentage) for separate CFs were 3.22, 7.72 and 2.35 for small, medium and large capacity groups respectively, which are within 10%, indicating highly accurate prediction of costs than with common function with MAPE values of 15.92, 15.88 and 16.8% respectively indicating good prediction only. Further Polynomial, logarithmic and power functions were found to be the best-fit equations for different capacity groups instead of power law as reported in the literature. Conclusions: Since the accuracy of prediction by separate CFs was found to be very high separate functions for each of the three capacity groups are necessary.
Keywords: Cost Function, Determination Coefficient, Mean Absolute Percentage Error, Regression Analysis, Sewage Treatment

Objectives: This paper proposes a new method to enhance security for data hiding in radiographic images through disto...

Objectives: Consolidating any two dissimilar networks leads to a formation of a heterogeneous wireless network. Visio...

Objectives: The main objective of this paper is to identify suitable programming concepts from Functional Programming...

Frequency Optimization in FAMPLC Technique for Point to Multipoint ...

Background/Objectives: In this paper a novel approach using the FAMPLC technique is presented as a solution for point... 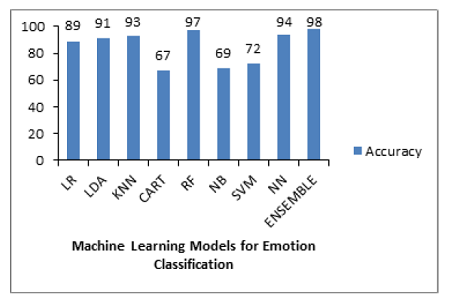 Background: Having experienced more than a year of pandemic, a variety of applications such as online classrooms...

Worldwide, breast cancer is one of the top two lethal diseases among women. Breast tissue density is the important ri...

Background/Objectives: In recent years, visualization systems were not only entertainment but also essential in train...

Evaluation of the Antibacterial Activity of Jatropha multifida sap ...

Survey Research on Knowledge, Attitude and Action of Adults about I...

Objects: This research is to provide basic information for invigoration of irradiated foods by investigating statisti...

Determination of In vitro Anti-inflammatory Activity of Marine Micr...

Objectives: To determine the in vitro anti-inflammatory activity of solvent extract of the marine microalgae, Nannoch...