Effect of Polypropylene Fibers on Durability Characteristics of No-Aggregate Concrete

Objective: To study the effect of Polypropylene Fiber (PF) on the durability of No-Aggregate Concrete (NAC), replacing aggregates completely by incorporating fly ash and minimal water for hydration. Method: The chemical durability characteristics such as water absorption, sorptivity and resistance to acid attack are tested for NAC with PF in 0.2, 0.4, 0.6 and 0.8 percentage of volume replacement with fly ash and compared with control NAC. The reason for using PF is to improve the tensile strength of NAC. In the previous study conducted on NAC steel fibers were used, which settled down due to high relative density. Findings: The test results on water absorption show that PF with 0.4 percentage of volume replacement with fly ash offers better resistance. Even though the water absorption for other volume fractions do not vary significantly at the age of 28 days. This is due to the pores which will get subsequently filled by secondary C-S-H gel at later ages leading to less absorption. The test results for sorptivity and resistance to acid attack reveal that PF with 0.6 percentage of volume replacement with fly ash offers better resistance compared to other volume fractions. As pozzolonic reaction of fly ash is directly related to permeability, considerable imperviousness may develop at later ages. The results on resistance to acid attack for NAC with PF shows considerable loss in strength. This cannot be justified at this stage as only visual inspection is done, but the penetration of acid is not measured. However, the surface of the specimen turned softer but they are structurally intact. Improvement: The test results presented in this paper are at early ages and these parameters are under study for later ages up to 180 days. Keywords:Acid Attack,No-Aggregate Concrete, Polypropylene Fiber, Sorptivity,Water Absorption

A serine collagenolytic protease was purified from the earthworm Perionyx excavates by DEAE-Sephadex A-50 and DEAE-Se...

Due to fuel crisis and increasing power demand, present days the power grid is interconnected with various renewable ...

This paper presents the optimized harmonic elimination stepped waveform technique to improve the output waveform of 7... 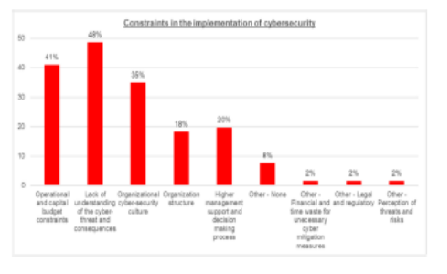 Objectives: To carry out a systematic review on Cloud Computing (CC) security problems in order to suggest a cyber-se...

Preparation of Nano Crystalline Zinc –Ferrite as Material for Mic...

Objective: To prepare zinc ferrites materials and study the sintering effect on the structural and microwaves absorpt...

Mining educational data in predicting the influence of Mathematics ...

Objectives: The aim of this study was to investigate the influence of mathematics to the programming performance of I...