Background/Objectives: The cement industry is seeking ways to reduce the energy resource consumption and environmental load due to cement production. The usage of Supplementary Cementitious Material (SCMs) as a partial replacement of ordinary Portland cement can reduce its environmental load as well as the reduction in construction cost. Methods: In this work it is intended to analyze the mortarcube compressive strength by replacing the cement by 50% of Raw Fly ash and Sieved fly ash, with silica 10, 30% with 12 M Sodium Hydroxide and with and without the addition of lime 10, 30% in one series. Similarly, another set of studied with the ratio of 1:2.5 Sodium Hydroxide 12 M and Sodium Silicate asalkali activators to know the characteristics of the modified mortar. The mortar specimens curedin oven for 24 hrs at 60°c and then left for air curing for predetermined ages at 3, 7, 14, 28 days of curing. The micro structural test was conducted to know their morphological characteristics, particle size and their chemical compositions of cement, Raw fly ash and Sieved fly ash. Findings: Results from the work showed that modified mortar prepared using Sieved fly ashgave 9% increase in compressive strength than RFA. The higher percentage of replacements oflime is observed to increase the strength of Sieved Fly Ash (SFA) mortars. SEM results show that SFA sample taken at different resolution indicate smallest particle size to be 106.4 nm, and EDX results show that reducing the particle size has reduced the carbon content by 10% improved the properties of fly ash. Application/Improvements: Use of sieved fly ash, increases the strength in geopolymer properties is more advantageous in the construction industry for utilizing the fly ash in largequantity and thereby reducing the use of cement content also minimize the CO2 emission during the production in the cement industry
Keywords: Alkali Activated Mortar, Compressive Strength, Nano Structure Materials, Oven Curing, Sieved Fly Ash

Background/Objectives: The purpose of this study is to identify the effect of acknowledging learning styles and Confu...

Rethinking of user studies in academic libraries in the context of ... 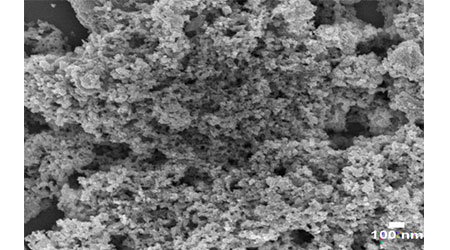 Synthesis and characterization of Fe2O3-Bi2O3-TiO2nanoparticles and...

Preparation and swelling behavior of carrageenan-graft-polymethacry...

Design of a Prototype Remote Medical Monitoring System for Measurin...

Background: The present research paper considers the use of knowledge management (KM) to enhance Information Technolo...

Objectives: To study fuzzy almost bi-ideals in near-rings. Methods/Statistical Analysis: We extend the concept of fuz...

The Effects of Supervisor Support, Emotional Exhaustion, and Sense ...

The management of nursing staffs, who account for the largest number of medical professionals, is very important. How...

The Communication between objects in the cluster takes place through message passing techniques. Affinity Propagation...