Objective: This paper aims at designing a fault tolerant controller for a launch vehicle electro-mechanical actuator using model reference adaptive controller. Fault detection and diagnosis is a crucial topic in spacecraft operations and an important aspect of on board software with respect to safety, performance and reliability. Method/Statistical Analysis: This paper commences by the mathematical modeling of an electro-mechanical actuator based on a BLDC torque motor. The system is then subjected to a servo design and it is used as the model system for a model reference adaptive controller. MIT Rule is used as the control law for model based controller. The residuals for fault detection are generated by model reference adaptive control technique and it has the capability to detect and isolate the errors. The continuous operation of the system is obtained using a real time reconfiguration achieved using the model based approach. The entire system was simulated in MATLAB/SIMULINK software. Findings: The servo design of the launch vehicle electromechanical actuator system was developed using the mathematical model and the compensated system was used as the model system in the fault tolerant scheme using the model reference adaptive controller. The fault tolerant controller scheme was able to detect, isolate the faulty conditions and switch over the system output to the model output during the fault condition. The system is driven by the model output when fault occurs. The application of MIT rule is mainly for low frequency signals. Applications/Improvements: The system could be used in the launch vehicle applications, in order to make the system give ideal response during system failure. The control law used for the model reference adaptive controller can be improved and the Lyapnov method or theory of augmentation can be utilized instead of MIT Rule.

In this paper, we propose a supervised gene selection method to classify tumor and normal samples based on the Bounde...

The Influence of the Process of Creating Organizational Culture on ... 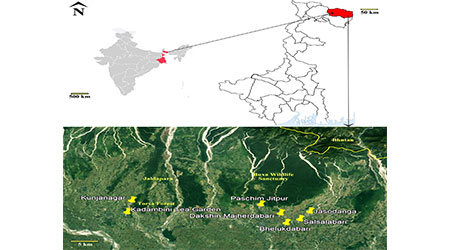 Ethnomedicinal uses of plants by Santal tribe of Alipurduar distric...

Objectives: To document the traditional knowledge on medicinal plants used by the Santal tribe residing at seven diff...

Video Steganography based on Integer Haar Wavelet Transforms for Se...

Objectives: Object tracking and detection are significant and demanding tasks in the area of computer vision such as ...

Performance Comparison of Coded and Uncoded MIMO-OFDM with Linear a...

Enhancing the Security for Manet by Identifying Untrusted Nodes usi...

Background/Objectives: Trust based models offer security against vulnerabilities due to the dynamic and open wireless...

An Efficient Object Oriented Design Model: By Measuring and Priorit...