Fermentative Production of Xylitol: A First Trial on Xylose Bifurcation

Background/Objectives: Xylitol production through chemical processes pathway involves high energy usage and ­production cost. Alternative method via microbial biotransformation and biocatalyst offer more sustainable and environmental friendly feedstock to be used for xylitol production. Methods: Production of xylitol by Aspergillus niger PY11 using different conditions on 2 carbon source, glucose and xylose, were done for the development of this research. Batch fermentation of A. niger PY11 was conducted for 4 days or 96 hours in temperature set at 30ºC and agitation speed of 200 rpm. Samples were taken at 12 hours interval, filtered and analyzed for cell biomass, remaining sugar and D-xylitol concentration. The production of biomass and xylitol was monitored through dry-mass weight of mycelium and by HPLC, respectively. Findings: From the results of the utilization of single carbon source, fermentation of D-xylose ­produced the highest xylitol yield, which was 0.101 g xylitol/g D-xylose consumed, with the xylitol titre of 1.139 g/l was obtained ­(equivalent to 0.482 g xylitol/ g biomass). However, the highest cell growth was observed when fermentation were ­conducted using a mixture of D-xylose and D-glucose at the ratio of 3:1, which resulted the biomass yield of 0.239 g biomass/g D-xylose (equivalent to 0.211 g xylitol/g biomass). Total amount of 44.94% of added D-xylose was consumed during the fermentation. Applications/Improvements: This paper shown that the addition of glucose had resulted higher biomass growth of A.nigerPY11, thus subsequently increased the bioconversion of xylose to xylitol.
Keywords: Aspergillus niger, Co-Substrate, Fermentation, Xylitol

Background/Objectives: In this research, various reasons of creation of crack irrigation canals, uplift, and failure ...

Some of the Morphological Indicators of Laboratory Rats after Admin...

The article deals with the investigation of the effect of Sedimin (Sediminum) preparation on bodyweight parameters an...

With the widespread habituate of data mining technology in the entire available sectors (public and private) elevate ...

The present challenge in front of Civil Engineers is to find alternative materials for fine aggregates in concrete. S... 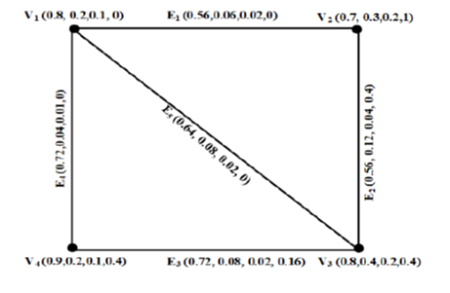 A Study on Plithogenic Product Fuzzy Graphs with Application in Soc...

Objectives: The main objective of this study is to define Plithogenic product fuzzy graphs (PPFGs), and introduce its...

Food dyes are the vital constituents of food enhancing the aesthetic appeal of it by providing different colours. But...