Objectives: To evaluate the financial contribution of the Soviet Union to the victory over fascism inWorld War II. Methods: In this paper the author proposes a new approach to assessing the financial activities of the USSR during World War II. Contrary to the traditional historiography, the author uses the method of economic modeling, as well as methods of analysis, deduction, induction, synthesis, and a comparative method to study the financial activities of the Soviet Union not only during the USSR fighting Germany and its allies, but also during the period of 1939-1945. Findings: The article proves that episodes of the Soviet Union fighting Japan and Finland, as well as the Red Army entering the territory of the Western Belarus and Western Ukraine, Moldova and the Baltic states, though not perceived by historians as the direct participation of the USSR in World War II, in fact, were part of the global process of the world repartition. The author examines the finances of the USSR during the years of World War II using the approach chosen for the assessment of the events. The article presents a comparative analysis of the published data of financial activities of the Soviet Union and the results of the summarized data of archival documents. In the end, the author concludes that the USSR military costs in 1939-1945 amounted to nearly 126 billion US dollars at the exchange rate of the 1940s.Improvements/Novelty: The findings can be used by researchers when writing monographs, academic papers and theses on World War II. 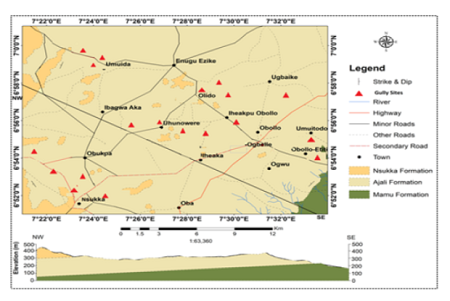 Environmental assessment of gully erosion in parts of Enugu north, ...

Challenges of Implementing an E-learning Platform in an Internet St...

The purpose of this paper is to give a combinatorial characterization and also construct representations of the funda...

The Features of the Functional State of the Cardiorespiratory Syste...

The article discusses the issues of the students’ cardiorespiratory system adaptation to the athletic load. The...

The main objective of this paper is to aggregate the data in a secure way such that the tampering caused by the adver...

A Comparative Study on Erector-Spinaes Muscle Thickness According t...

It is reported that low back pain is related to erector spinae muscle. The purpose of this study was to investigate t...

Assessment of genetic variability in Kangayam breed of cattle in Tamilnadu, South India was carried out using 25 bovi...