Objectives: Application of a fuzzy adaptive control to a commuted Hybrid Electric Power Generation System (HEPGS) for different case studies. Methods: The system is integrated by a 400 W wind turbine, a Polymer Electrolyte Membrane Fuel Cell (PEMFC), and a solar photovoltaic panel which represent the three sources of energy of the system, where the oxygen and hydrogen flow are controlled variables, and the wind power, solar power and electrical demand are uncontrolled variables considering two meteorological station, Puerto Bolivar and Ernesto Cortissoz. Findings: The transient responses of the system with respect to the variation of the solar radiation and wind velocity, regarding to the meteorological and geographical conditions of the zone, are presented as results of the manipulation of the reactant flow in the PEMFC. It was possible to propose an adaptive fuzzy PID which responses were compared to the standard responses of achieved by a classical PID controller, the responses of the fuzzy adaptive PID were 37,4 and 45,4% improved for the meteorological stations Puerto Bolivar and Ernesto Cortissoz respectively for an electrical demand of 200 MW. Finally, a fuzzy logic control model was proposed and tested, demonstrating an improved performance than a classical PID. Application: These systems are able to be applied in rural zones where the on grid energy systems are not supplied. In addition, a hybrid energy system may be improved through the implementation of novel control techniques, so that can be possible to increase the efficiency and improve the performance of the HEPGS.

Objective: Java programming is perceived to be a difficult subject. The educated programmer is in demand in the local...

The main objective of current work is to improve the mechanical properties of copper without losing their inherent el...

Development of Electro-thermal Model for Quality Assurance of Mater...

Measuring the quality of software is an essential task as it leads to the minimization of cost in allocation of resou...

Objective: Optical fibers are the fastest way to transmit the data or information from one place to another without a...

Ontology based Access Control Model for Healthcare System in Cloud ...

Personal Health Records (PHR) sharing is highly expected by the users for the acceptance of cloud in healthcare syste...

A Study on Mediating Effects of Outcome Expectancy on Relationships...

Background/Objectives: The purpose is to identify the mediating effects of outcome expectancy on the relationships am... 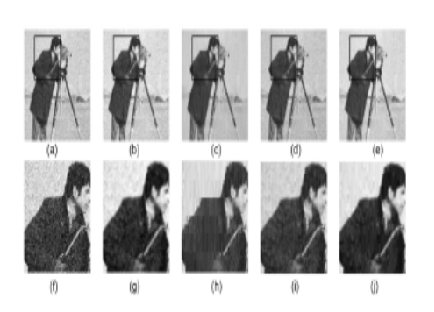 A Hybrid Image Denoising Method Based on Discrete Wavelet Transform...

Background/Objectives: At the time of acquisition and transmission noise is embedded with the images. It introduces n...

CFD Analysis with Solidworks Simulation on FPC with Various Design ...

Removal of Manganese from Well-Water on Pasuruan, East Java, Indone...

Objectives: Testing of a cation exchanger based water treatment apparatus and an Amberlite IR 120 Na resin medium to ...