In Human Computer Interaction (HCI), the issue of developing an automatic face verification and recognition system has been one of the most important concerns of the researchers due to its wide range of application especially in the areas where there has been a high demand for consistent identification electronic access system for an individual. This paper discusses an approach to verify the human face and recognize the person’s face through a still image. The proposed method is a hybrid approach that considers the local components of the face as well as the entire face of a human being. The local facial components comprises of the lips, nose, left eye and right eye. The proposed system has been implemented using Principal Component Analysis (PCA) and the Artificial Neural Network (ANN). The system has been designed to handle the noises, illumination variations and the facial emotions to some extent. Hence, the proposed system proves to be efficient as it gives the correct recognition rate of 93.5% for ideal facial image and approximately 85% for noise affected facial image.
Keywords: Artificial Neural Network, Face Recognition, Face Verification, Feature Extraction, Gaussian Noise Human Computer Interaction, Poisson Noise, Principal Component Analysis, Salt and Pepper Noise

Electroencephalography (EEG) signal is a biological signal which can be associated to the mental task of a person. A ... 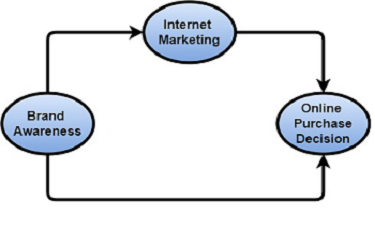 Intervening analysis of internet marketing between the relationship...

Objectives: This study has investigated the role of internet marketing to build brand awareness which definitely lead...

Effect of Room Temperature Storage on the Physicochemical and Antio...

Objectives: To study the effect of room temperature storage on the antioxidant properties of young tamarind leaves ch...

Light Propagation in the Electro-Optic Modulators based on Graphene...

Background/Objectives: In this study we have investigating light propagation in the electro-optic modulators based on...

Background/Objectives: The article is aimed at proving the significance of communicative situations implementation in...

Factors on Perceived Quality and Continuous Use Intent of Medical I...

Objectives: To addressing the question of what hospital/doctor attributes influence medical consumers’selection...

A Study on a Method Protecting a Secure Network against a Hidden Ma...

On the Web, internet sources not only read and view but also are saved in the computer. In addition, we conveniently ...

Optimizing the usage of voice assistants for shopping

Objectives: To measure the awareness of voice assistants among the consumers and to understand the reasons for consum...