Identification of Efficient Cropping Zone for Rice, Maize and Groundnut in Tamil Nadu

A methodological study was made at the Agro Climate Research Centre, Tamil Nadu Agricultural University, and Coimbatore during 2012 to identify the potential districts for cultivation of rice, maize and groundnut in Tamil Nadu. The data on area, production and productivity of study crops for 2000–‘01 to 2009–‘10 were collected and indices such as Relative Spread Index (RSI) and Relative Yield Index (RYI) were computed and the potential cropping districts for the study crops were identified. In Tamil Nadu, nine districts were found to be prospective regions for rice, seven districts for maize and three districts for groundnut as in these areas both the RYI and the RSI were high. In some of the districts, RSI is more for a particular crop, while the RYI is low indicating non suitability of that crop. However, due to other factors such as market demand and value of the produce, farmers cultivate the crops that are not suitable for their location which relates in high RSI with low RYI.
Keywords: Efficient Cropping Zone, Relative Spread Index, Relative Yield Index.

A comparative study on the microbiological and chemical composition...

Sixty samples of raw cow milk were collected from four different locations in Madurai for their microbiological and...

Objective: The purpose of this study is to measure an instrument that could assess Early Science and Mathematics Stan...

In this paper we are examining saliency algorithm with utilization of a straight forward image signature or image des...

The Role and Place of the Periodical Press in the Formation of a Ne...

Background/Objectives: The article discusses the role, place and importance of the publications of the periodical pre...

Hash based Technique to Identify the Selfish Node in Mobile Ad-hoc ...

Mobile Ad-hoc NETwork (MANET) is a collection of mobile nodes that communicate with other node without any defined ne...

Objectives: This work was performed to study aspects such as morphological characteristics, thermal analysis, and ant...

Objectives: The purpose of the study is to analyze predictive factors that influence subjective happiness to provide ...

The configuration and phase space of classical helium atom in 2D

The classical three body problem of helium atom is studied numerically in two dimensions. The orbits and phase space ... 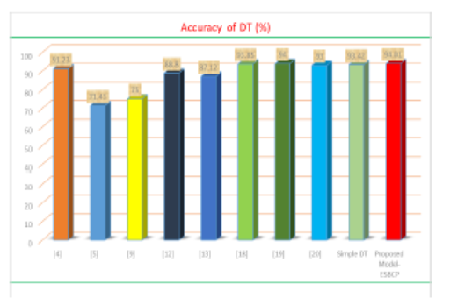 Objectives: Breast cancer is one of the major concerns in present day scenario. Detecting breast cancer at early stag...