Objectives: This paper offers the improvement procedure about Network coding scheme in wireless scenarios and its merits and demerits when integrated with AODV protocol and introduces a modified routing scheme. Methods/Statistical Analysis: Using AODV from a known graph G, paths between each pair of nodes are determined and the count of reiteration of each of its nexthops for dissimilar destinations are recorded. For these next hops of a node, the edges connecting them with the node are retained as they were in original graph, while others are deleted. A subgraph of the original graph G’ is created to apply Network coding further. Findings: On integrating Network coding scheme with the AODV protocol, the algorithm formed is much more energy proficient as compared to the old Network coding scheme since less no. of average transmissions are required per node. The enhancement in the performance of the proposed AODV integrated Network coding scheme over the original Network coding scheme increases with increase in density. Hence a basic alteration of discovering a reduced subgraph from the first original subgraph utilizing AODV routing scheme can enhance the execution of Network Coding to an awesome degree. Application/Improvements: The reproduction results shows that proposed modified algorithm improves average number of Network coded transmission in AODV Routing Protocol with Network Coding Scheme.
Keywords: AODV, Ad-hoc Networks, COPE, Network Coding, Opportunistic Listening, Opportunistic Coding, Throughput

Performance Analysis of Gamification Over the Traditional Classroom...

Gamification is widely used in various areas such as education, business and health. The main objective or focus of t... 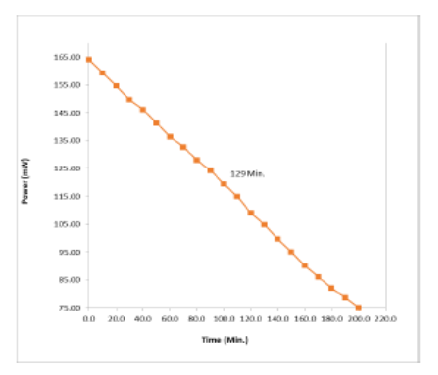 Objective: The present study is focusing on the role of surfactant in photogalvanic cells and how photons from sunlig...

This paper aims to investigate what economic factors Korean firms consider when they select host countries in Europe....

Identifying and Prioritizing the Factors Affecting and Affected by ...

Background/Objectives: The purpose of the present study is to identify the factors affecting and affected by the perf...

Control charts are widely used in industries to monitor a process for quality improvement. When dealing with variable...

The Modified Regularized Long Wave (MRLW) equation is solved numerically by giving a new algorithm based on collocati...

Simulation Model for Predicting the Effects of Changes in Land Use ...

Objective: Land use changes, driven by increase in population, and expansion of commercial interest, are happening in...

Objectives: The main objective is to propose a Potential and Proficient Relay Node Selection (PPRS) Mechanism for pro...