Objectives: The main objective of the paper is to investigate the paradigm shift in software testing with hypothesis “integration testing should precede unit testing for cultural transformation resulting in economic governance”. Methods: The research method employed is real time as the authors involved in the development process in two reputed software companies. We considered five projects namely Vehicle Monitoring System (VMS), Easy Subcontracting (EZSUB), Key to Engineering (K2ENGG), Electronic Material List (EMLIST), and Feedback Database (FBDB). They are developed in Agile methodology. We observed the testing time with traditional approach and also the proposed approach which puts integration testing prior to unit testing. Findings: Our research in association with leading software development companies revealed that integration testing prior to unit testing has significant impact on accelerating and transforming to increased agility. Thus the hypothesis is tested and proved to be positive. This new approach in testing will go a long way in achieving agility at scale with increased success rate. Our findings can be summarized as follows. Integration testing prior to unit testing can take software enterprises towards agility at scale. The new paradigm shift can cause cultural transformation from traditional approach to economic governance through agile methods. It also could improve in various parameters such as time-to deliver products, efficiency in software development and delivery process, increased personnel morale and increased client satisfaction besides achieving high success rate in the context focusing agility at scale. The proposed approach resulted in performance improvement in all five projects. The average percentage increase in productivity and delivery for VMS is 27.62%, EZSUB is 27.74%, K2ENGG is 31.29%, EMLIST is 30.83% and FBDB is 33.33%. Application: To our knowledge it is our first empirical study that threw light on the paradigm shift in object oriented software testing with different case studies.

Comparative Study on the Performance of MMIFS and DMIFS Feature Sel...

Background/Objectives: Feature selection is one of the preprocessing techniques used for removing redundant and irrel... 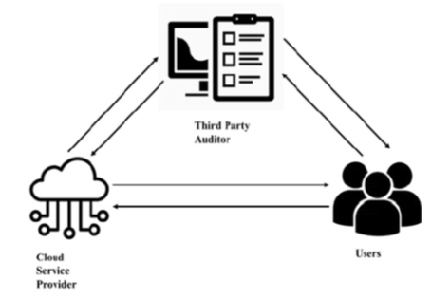 Preparation for the Generation of the 100-Year-Old, the Development...

Background/Objectives: This study is to identify the effects of wholeness programs on brain health of the elderly by ...

Background/Objectives: It is necessary to reduce the contribution of a differential pair for a low phase noise LC-VCO...

Artificial neural networks (ANNs) has been a promising tool for microwave modeling, simulation and optimization. In t...

Analysis of Standalone Hybrid Power Systems with reference to the R...

Standalone hybrid systems are need of the hour in electrical power sector. The reactive power support is most vital i...

The Analysis on the Learning Outcomes of Elementary Students in Sma...

Objectives: This study aims to verify learning outcomes of elementary students in the smart education. We expect that...

High Performance and Reliable Fault Detection Scheme for the Secure...

Background/Objectives: Among the powerful techniques against the protected hash functions (SHA) the method of fault i...