Background/Objectives: This paper aims to develop a novel intelligent recommender system suitable for high dimensional data where multiple factor variables influence on multiple response variables. Methods/Statistical Analysis: This paper suggests that the structure of the cause-and-effect relations among the variables can be represented in a simple form called structured association network model (SANM). Based on the SANM and conventional data mining techniques such as association rule mining and naïve Bayesian classifier, the proposed recommender system computes three novel recommendation scores for each response variables, and the variables with high scores can be selected for recommendation. Findings: For illustration, the proposed recommender system has been applied to a mass health examination result data set. Owing to its simple structure, a SANM for a given data set can be easily obtained by simply identifying the factor and the response variables, and the experiment results revealed that the proposed system can identify the recommendable items for the individuals more effectively than the traditional classification techniques such as naïve Bayesian classifier. Consequently, we can conclude that the proposed recommender system can deal with high dimensional transaction data set in more effective manner than the traditional approaches where the underlying semantic relationships among the variables are not considered. Applications/Improvements: The proposed recommender system is useful for evaluation of the potential risks of specific diseases. Moreover, the recommendation scores can also be used as a tool for feature construction.

Objectives: Privacy and accuracy are always trade off factors in the field of data publishing. Ideally both the facto...

Efficiency and Lifespan Enhancement of Product with Dissimilar Mate...

Objective: The objective of this study is to create ecological awareness in selection of different materials that go ...

Background/Objectives: Cloud virtualization is a creative and one of the altogether accomplished improvements in the ... 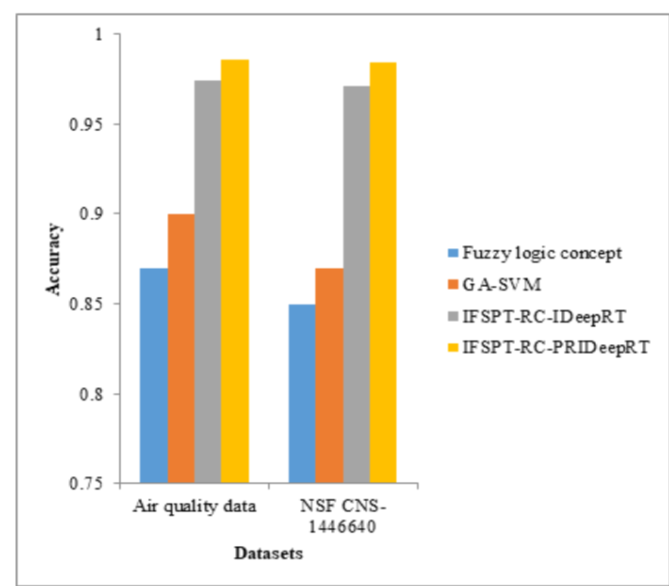 Corporate Social Responsibility and Consumer Rights Awareness: A Re...

Objective: This study incorporates the literature on Corporate Social Responsibility and consumerism, with particular...

Objectives: To propose an algorithm for global optimized path planning for mobile robots on static and observable env...

Objective: In this article an SRAM cell based on Column Line Assist (CLA) and DTMOS techniques is proposed. Method/ A...