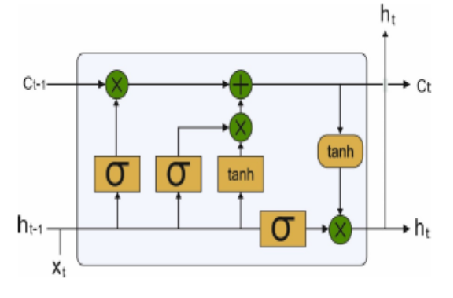 Background: In the present digital era, fraud detection using surveillance video has become a mandatory tool to determine the occurrence of abnormal events in an automated way. Since the traditional visual inspection of surveillance videos for fraud detection is time-consuming and labour-intensive, intelligent fraud detection approaches based on Deep Learning (DL) concepts have been presented in the literature. Methods: This paper designs a DL with optimal classification based on fraud detection in a video surveillance system, named the DLOC-FDVS technique. The proposed DLOC-FDVS technique aims to examine the surveillance videos for the existence of frauds (i.e., robbery) in the IoT environment. At the initial stage, IoT enables the data acquisition and frame conversion process to be carried out. For fraud detection, densely connected networks (DenseNet-169) feature extractor and optimal Long Short Term Memory (LSTM) classifiers are applied. Finally, the Grasshopper Optimization Algorithm (GOA) is utilised to alter the LSTM model’s hyperparameters. It is frequently employed in a number of industrial settings and achieves suitable answers due to its ease of deployment and excellent precision. Findings: The DLOC-FDVS model is experimentally validated using a benchmark anomaly detection dataset from the Kaggle repository, which comprises 211 frames of normal video and 100 frames of fraud video. The experimental results show that the suggested model is an excellent fraud detection tool in the IoT context, achieving maximum precision, recall, F1score, and AUC of 96.56%, 96.56%, 96.56%, and 96.56% respectively. Novelty: The use of GOA for hyperparameter adjustment of the LSTM model for fraud detection demonstrates the work’s uniqueness. As a result, the DLOC-FDVS model may be used to identify fraud in real-time surveillance recordings.

© 2022 Pushpa et al. This is an open-access article distributed under the terms of the Creative Commons Attribution License, which permits unrestricted use, distribution, and reproduction in any medium, provided the original author and source are credited.

Objective: Cost minimization on software so that it may be financially viable to provide the various services to all ...

Investigation on the Performance of a Cylindrical Parabolic Concent...

Background/Objectives: The objectives of the present work are focused to investigate the theoretical heat gain, heat ...

Developing an Efficient Utility Theory based VHO Algorithm to Boost...

Objectives: Heterogeneous environment is formed by co-existing interworking networks, with the objective of providing...

BackgroundObjectives:Data transmission over a communication channel, should provide importantfacilities to be added, ...

In the era of Internet world, passwords are essential to protect our data and the application. Relying on a simple pl...

Mental State classification plays vital role in communication between human and computer. It can be classified by bra...

Background/Objectives: The cement industry is seeking ways to reduce the energy resource consumption and environmenta...

Synthesis and characterization of some new four coordinated IIB tra...

Complexes of Zn(II) and Hg(II) with new Schiff bases ligands of (N,N-bis(4-chlorobenzylidene)propane-1,2-diamine(L1 )...