Objective: The paper aims in presenting a prediction model by using Support Vector Machine (SVM) technique which is meant to possess a strong capability to predict landslides by forecasting rainfall dataset using BigData concept. Methods: The dataset has been taken for the Cherapunjee region which receives the highest intensity of rainfall in India. The aim is to predict the landslide occurrence and classify the risk level associated with the landslide. To improve the reliability in landslide prediction, the proposed model uses pre-processing for removing null values in the dataset. After getting the pre-processed dataset, it will apply normalization, then SVM training and finally the Testing process. Thus the Support Vector Machine concept proved to exhibit a large degree of flexibility in handling tasks of varied complexities because of the non-linear boundary functions. Findings: The study concludes that SVM proved to be an efficient technique to forecast the landslides by predicting the rainfall in advance. The comparative results of SVM in regard with Artificial Neural Networks were proven. The study has been done specifically for Cherrapunjee region and can be implemented for any landslide prone area. Novelty/Improvement: Researchers worldwide are having a great pace to develop early prediction mechanisms for natural hazards. The study uses Radial Basis Function as an initial parameter for predicting the risk level classification of landslide. The novelty is in providing an initial selection of the kernel parameter in order to save the time on finding the best parameters
Keywords: BigData, Hadoop, Rainfall Data, SVM

Simultaneous Extraction of Selenium from Indermediate Products of E...

A Monte Carlo simulation has been used to model steady state and transient electron transport in 6H-SiC field effect ...

In present paper, the performance of the marine propeller under non-cavitating condition is evaluated numerically usi...

A Study on Cutting Analysis upon Oblique Groove Processing by using...

Background/Objectives: A representative tool end mill, and predictive studies on tool wear and tool life are in urgen...

Background and Objectives: The main objective of this paper is to extract the lung nodules in Chest Radiography (CR) ... 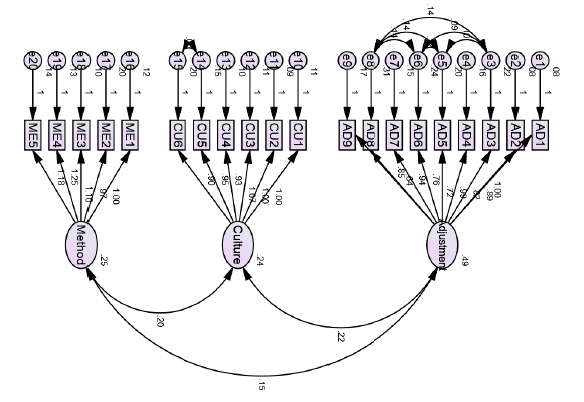 Objective: To identify key dimensions that are to be considered while designing Cross Cultural Training (CCT).&n...

The objective of the proposed system is to drive a Maximum Power Point Tracking (MPPT) algorithm based solar powered ...

Design of a 16 Bit RISC Processor

The Effects of Strength Note Program on the Self-Esteem and Self-Ef...

In this study, a program for enhancing strengths of university students was longitudinally applied to 50 male and fem...