MIMO-OFDM is an attractive technique for higher data rate transmission and even for fading channels. The signals suffer from high PAPR; it is the drawback of MIMO-OFDM. For ease of accessibility, the MIMO-OFDM systems are employed with SFBC. To reduce the PAPR, the traditional PTS scheme employ directly to every transmitter, but high computational complexity is associated with it. In this paper, the proposed PTS schemes and SLM scheme with QPSK and QAM modulated data are divided into several pairs of blocks based on the way in which original data is divided at two antennas and how each pair of sub-block is modified to generate distinguish pair of new sub different blocks. Thus obtained new sub different blocks are clubbed to induce PTS containing same structure and the diverse potential as of the SFBC. Later, selected sequences having the smaller PAPR are selected and transmitted. Simulated results show, the Type-I PTS scheme and SLM scheme with QPSK modulated data signal have almost similar result which achieves superior PAPR response and Bit Error Rate response when correlated with other schemes with QAM and QPSK modulated signals.

Evaluation on the Thermo-Oxidative Degradation of PET using Prodegr... 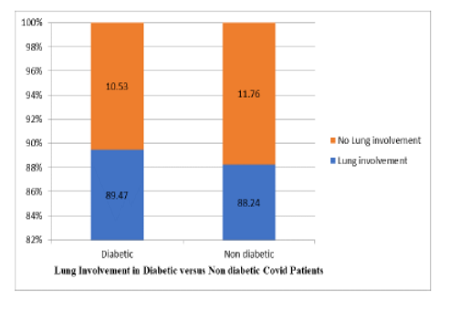 Evaluation of Covid Severity in Diabetic vs Non-Diabetic Individual...

Background/Objectives: The Corona virus disease 2019 (Covid 19) pandemic has emerged as a great challenge to healthca...

The Relevance of Between the Stability on the Financial Structure a...

The purpose of the study is to investigate that the relevance of between the stability on financial structure and the...

This research aims to provide an easy way to visualize attention levels of a subject through neural interface device ...

Today’s mobile networks are moving towards creating base stations and mobile stations that are compatible with ...

Utilisation of Waste Plastics as a Partial Replacement of Coarse Ag...

The rapid industrialization and urbanization in the country leads lot of infrastructure development. This process lea...