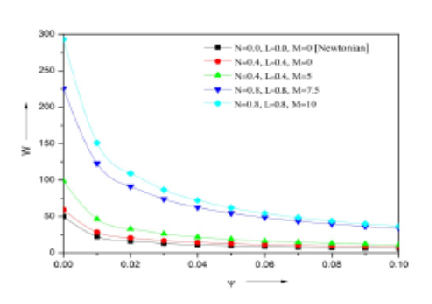 © 2022 Naduvinamani & Angadi. This is an open-access article distributed under the terms of the Creative Commons Attribution License, which permits unrestricted use, distribution, and reproduction in any medium, provided the original author and source are credited. Published By Indian Society for Education and Environment (iSee)

Problems, Conditions and Factors of Formation of Competitive Potent...

Objectives: To develop conceptual provisions and methodical bases, creating conditions for the growth of competitive ...

Simulating Heat Load of a Cryogenic Fuel Tank of a Spent Launcher O...

Background/Objectives: The research deals with an engineering practice for evaluating explosive rupture of a cryogeni...

Objectives: To study the iterated multi-function systems in the framework of fuzziness. Methods/Statistical Analysis:...

Prevalence of nanostructure of surface layer among the bacteria Iso...

Nanostructure of S-layer forms the monomolecular outermost protein layer in bacteria and archaea that credited with p...

An Initiative to Identify Depression using Sentiment Analysis: A Ma...

Objective: Online social and news media has turned into an extremely mainstream for clients to impart their insights....

Modeling and Deformation Analysis of Piezoresistive Cantilever for ...

Objectives: To design a simple piezoresistive cantilever punched with different shaped objects in the concept of Stre...

Nonlinear Analysis of Torsion in Reinforced Concrete Members after ...

Background of the Study: Internet has tremendously changed the face of business arena including e-commerce. Till rece...

Objective: Classification of cloud images through segmentation of automated satellite images to improvise the level o...