Objectives: This article presents a comparative study of energy and water consumption in four-star hotels in the Canary Islands (Spain), specifically on the islands of Fuerteventura and Lanzarote, with and without desalination sea water reverse osmosis plants (SWROP), of order to define a pattern of consumption based on the average occupancy rates of different establishments. Methods/Statistical Analysis: The method used for regression calculations of the data obtained has been, initially the data collection and filtration, perform the mean arithmetic of the data according to the intervals calculated, perform calculations and generate the correlation graphs of the different models, change the occupancy rates to a percentage and use all the values for the total calculation as if it were a single hotel, calculate the final model of energy and water consumption for establishments, and create a valid algorithm using the calculated regression models. Findings: We demonstrate the validity of the potential and polynomial models of regression used to calculate the approximate values for consumption of water, electricity and energy, valid for most of the hotels with an average occupancy rate of between 40% and 120%, which are typically the average occupancy rates for hotels in the Canary Islands during various months of the year. Through a calculated and demonstrated system of analysis, approximate simulations of consumption can be performed for hotels with the same or similar characteristics and modelling of reduced energy consumption can be performed by simulating occupancy values to test the level of reduction. Application/Improvements: The article concludes with the functions for the approximate calculations of energy consumption, electricity and water per guest, per day for hotels with similar characteristics to those in the study.

Principal Component Analysis based Assessment of Trees Outside Fore...

This Paper Presents, an automated Matrix Laboratory (MATLAB) based procedure for assessing the number of tree crowns ...

We present the outcome of innovative action research as capacity building for marginal and smallholder farmers and ot...

Objectives: The main task of the estimation of power processes of any technical system is to define the efficiency of...

Objectives: In this paper, a simple and flexible partition algorithm has been proposed to mine frequent data item set...

Objective: Small-signal modelling is a widespread analysis practice in power electronic converters which is used to f...

Objectives: In this paper, the effect of harmonics made by nonlinear loads on some parameters of a synchronous genera... 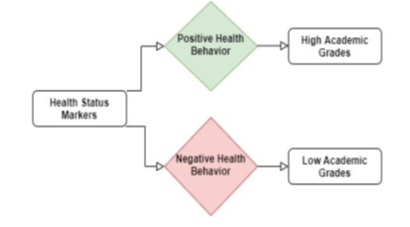 Background: A high level of wellness is vital to produce a well-balanced and competent graduate. Despite the importan...

Level of the Psychological Factors Affecting the Donation Acts and ...

Objectives: The objectives of this study were to identify young peoples’ donation motives and attitudes, and to...