Modern Event Names as the Reflection of Integration of Different Cultures

Background/Objectives: The goal of this study is to examine gradual influence of Western and Russian cultures on the Kazakh society using examples of modern event names in 1991, 2000, and 2015. Methods: In order to reach the objectives, we have used several linguistic methods: descriptive method, method of component analysis, continuous sampling method and lexical-semantic analysis. Findings: The notion of event and the term ‘eventonym’ have been considered in the context of the research. The names and types of modern events have been analyzed as lexical phenomena that reflect linguistic situation in Kazakhstan. The processes of Russification, Westernization (globalization) and a formation of national identities were indicated during the analysis of cultural event names. The process of globalization through implementation of modern events has the consequences such as the creation of multicultural environment. However, total adaptation of international cultural events can result in endangering Kazakh national identity. Applications/Improvements: The obtained results may be used in the further study of eventonyms based on the extensive factual material found in Kazakhstani mass media and published in the period of the independence.
Keywords: Borrowing, Cultural Event, Event Names, Globalization, National Identity, Russification

Madiyeva Dinara
Modern Event Names as the Reflection of Integration of Different Cultures,Indian Journal of Science and Technology.2016;09(21):1-11 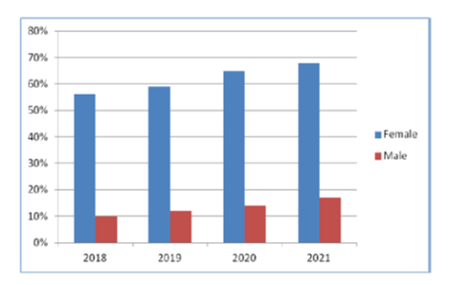 Objectives: The main objective of this research is to detect thyroid cancer in its early stages and to improve the ac...

The Schiff base was successfully co-ordinated to the metal ions to form the complex. The stability of the metal Schif...

Reduction of Data Risk in Cloud Computing Through the Front Layer S...

Background/objectives: The centralised computing defines cloud computation as centralised model which is responsible ...

A Study on Transmission System for Realistic Media Effect Represent...

The emergence of next-generation broadcasting technology affected the rapid growth of a variety of broadcasting conve...

Background/Objectives: The internet has given rise to innovative ways of conducting business. The present study attem...

Effect of dehydrated Salacia prinoides on experimental mice and on ...

Studies conducted with dehydrated Salacia prinoides and soya flour individually show their beneficial effects on the ...

Background/Objective: Privacy is the vital issue when sharing of the data comes into picture. The demand and scope fo...