Background/Objectives: In this paper, the optimization problem is considered for Minimum Cost Localization Problem (MCLP) in 3D Ocean Sensor Network (OSN). The main aim of OSN is to localize all underwater sensors or the minimum travel distance of the ship which deploys and measures the anchors using the minimum number of anchor nodes. Methods/ Statistical Analysis: Minimum Cost Discrete multi-valued Particle Swarm Optimization (MCDPSO) and Hybrid Bee Linear Genetic Colony Algorithm (HBLGCA) are combined in this Hybrid Ensemble Framework Model (HEFM). Minimum travel distance of the ship which deploys and the anchors for OSNs are determined by the finalized minimum travel distance results. In Hybrid Ensemble Framework, a set of optimization algorithm using both trilateration and local sweep operations are presented to address the problem. The set of anchor node and its travelling order sequence are picked using both trilateration and local sweep operations based on a set of HEFM which is proposed by the hardness of 3D localization. Findings: Most of the existing localization algorithms only focus on checking the localizability of a network and/or distribution of nodes within a set of anchor nodes which are static in nature and measurement of distance to localize. The main aim of today’s algorithm is to determine the min cost localization problem depending on a particular method that might not provide optimal results. To overcome all the above problem hybrid ensemble framework is formalized. Because of the complexity of the distributed approach, the current localization algorithms cause overhead and latency. Cluster based architecture for range-free localization is proposed in this paper to eradicate these problems in Wireless Sensor Network. The similar nodes are grouped using Modified Fuzzy C Means (MFCM) clustering. Some parameters such as quality of a link, energy and coverage are used to select the cluster-head. Applications/Improvements: These methods give better results for certain applications such as location-based routing due to localization problem and the results have been measured in terms of the energy, power and Quality of Service (QoS). The simulation results, show that the overhead, localization error, latency are reduced in proposed HEFM framework and the localization accuracy is increased.

Chinese and Korean Researchers on Diplomatic Mediation of China in ...

Background/Objectives: The study describes the role of China as a diplomatic mediator in the six-party talks. The obj...

Objectives: To examine morphological and biochemical characteristics of commonly available accessions of Centellaasia...

Background: The forests in India and worldwide are threatened by many factors, one among them being the increasing fr... 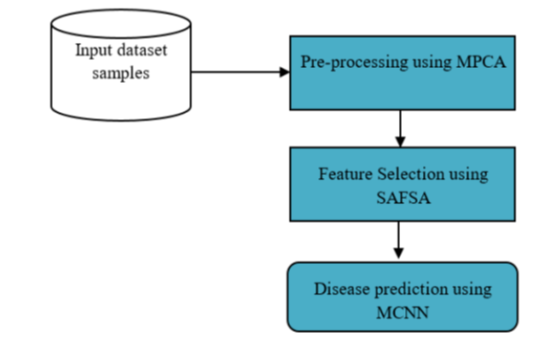 We present the various ways by which hydrogen gas is generated and its methods of storing. The future hydrogen econom...

Comparison of growth and wood production of Populus deltoides and P...

An area about 3000 m2 located in Shanderman nursary (Guilan province, North Iran) was selected in order to compare in...

Simulation and Optimization of MRES for Remote Power Generation at ...

Objectives: In this paper, an analysis is done with an objective to propose a solution to hybrid power system for sto...

The correct theoretical analysis of the foundations of classical th...

The correct theoretical analysis of the Abstract: generally accepted foundations of classical thermodynamics is propo...