Objectives: The goal of this work to identify the bloated state problem or increase of the agent size in the network. Methods/Findings: In this case, one of the mobile agent’s issues is Bloated State Problem (BSP) which resolved by the SLMADA protocol, but by using this solution will have an effect on the aggregation time and the lifetime of the MAs. In order to resolve this issue, we designed in this paper a proposal called (OLDA-WSN protocol). Three different algorithms are the components of the proposed protocol. The grouping optimization algorithm to form the clustering, in this way, reducing the energy consumption of the nodes. The aggregated node evaluated between all nodes of the network for that we have used the node selection algorithm. Application: Also, we have used the modified task scheduling algorithm to calculate the waiting time and aggregated delay. This will be reducing the time-bloated state problem. We have used NS2 software to simulate the proposed protocol. Through analysis, it turned out to us that the proposed protocol has improved a network lifetime, the performance of throughput and success ratio.

Background/Objectives: The major pollutant that comes out from engine exhaust of Diesel Power Plant (DPP) is Nitrogen...

The Level of Participation in and Attitude towards School Physical ...

This study was conducted in order to identify the level of participation in and attitude toward school physical educa... 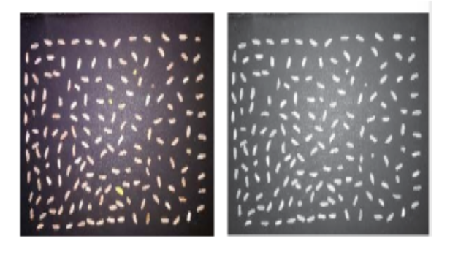 Determining the Optimal Dose of Radioactivity for Measuring Glomeru...

Evaluation on Availability of MTF Measurement Using the ACR Phantom...

Background/Objectives: The aim of this study is to evaluate the availability of MTF measurement as a quantitative met...

In order to improve the electric fuse features, a new concept of controllable fusing has been patented. The controlla...

Evaluation and validation of the machine performance check applicat...

Aim: To evaluate the Machine Performance Check (MPC) 1.1 application for TrueBeam 2.5 and to establish MPC appli...