Activated carbons (AC) were produced from seed shells of two (2) varieties of mango (Local & Dausha varieties), by varying the impregnation ratio of the shells (impregnation ratios of 1:2 and 1:3 were used) with ZnCl2 before carbonization. Their performance was evaluated through batch studies for the purpose of obtaining optimum conditions for the removal of colour (methylene blue) from wastewater. Contact time, stirring rate, adsorbent dose, initial methylene blue (MB) concentration, particle size and pH were used as variables. Results obtained revealed the optimum carbon dose of 400mg (4g/l) and 600mg (6g/l) for Local and Dausha varieties respectively, stirring rate of 98 rpm and pH value of 3. MB removal decreased with increase in initial MB concentration for all the 4 activated carbons studied. All the carbons achieved at least 97.7% removal at initial MB concentration of 87 Pt-Co units and hence this was adopted as the optimum initial MB concentration. In general, Local Zncl2 with the impregnation ratio of 1:2 performed better as an adsorbent due to its higher surface area and porosity of 1667.8m2 /g and 69% respectively. Also Local 1:2 achieved 100% removal of MB in 30 minutes, while Dausha 1:2 achieved 100% removal in 40. Local 1:3 and Dausha 1:3 achieved 94.3% and 92% respectively within 40 minutes period. Because at least 90% MB removal was attained within 40 minutes by all the carbons and it was chosen as the optimum contact time.
Keywords: Activated carbon, mango seed shells, Adsorption, colour, optimum conditions

G. D. Akpen, Optimum conditions for the removal of colour from waste water by mango seed shell based activated carbon. Indian Journal of Science and Technology. 2011: 4(8).

Active vibration control using piezopatches has been active field for the past few years. Various methods like Geneti...

The Employability of the Graduates of Bachelor of Public Administra...

Objectives: To describe the alumni profile in terms of the number of graduates, occupation type, the status of employ...

McPherson suspension mechanism is one of the widespread mounted mechanisms in front axle of Front Wheel Drive (FWD) v...

Today the assembly sequence for the items is regularly completed manually and its definition, typically, is extremely...

The main objective of this paper is to predict the base shear for a three dimensional four storey single bay RC frame...

Design and Performance of Resonant Spacing Linear Patch Array with ...

Objective: This research paper focuses on the simulated design and its analysis of 2 element microstrip patch antenna... 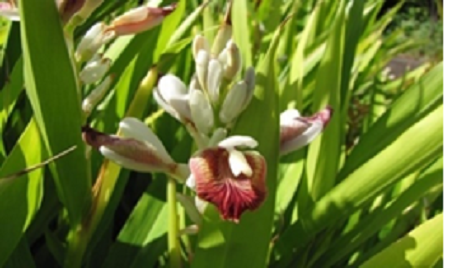 Background/Objectives: The main aim of the paper is to assess the changing trends in E – Commerce, and to explo...

Social Exclusion Related to Mobility in Villavicencio from a Gender...

Objectives: This research analyzes daily social exclusion related to mobility from a gender perspective in Villavicen...