Objective: Reliability and Energy conservation are two main factors to be considered in wireless sensor networks. Wireless Sensor Networks (WSN) is widely used in time-critical applications. WSN are resource constrained, so developing energy efficient protocols is a major concern in sensor networks. Multilayer clusters are preferred for sensors used in Remote Monitoring applications. When the position of sensor changes then it becomes very difficult to conserve energy as the cluster head is mainly responsible for delivery of the data. Protocols like EADUC, TLPER follows Multilayer clustering approach. The main aim of this paper is to develop dynamic clusters with less energy consumption. Methods/Statistical Analysis: The proposed method D-MCDA is efficient when the location of nodes varies dynamically and the clusters are formed based on their locations which proves efficient when compared to other protocols. First all the nodes are involved in the formation of the cluster and then the Cluster head is selected. The actual data packet is sent from the source to destination and the consumption of energy is calculated for various protocols and their results are compared. Findings: As energy consumption was the main motivation, use of multilayer and additional cluster heads have reduced the energy consumption by 0.019. The Proposed D-MCDA algorithms have performed better in terms of average energy consumption per node and in the process of designing a cluster. The proposed algorithm is compared with the existing algorithm like TLPER and MCDA. Applications/Improvements: Energy Consumption is very essential in applications like Remote monitoring, process control and automations. Reliability is another issue to be considered as it is another major reason for energy depletion. Reliability on the basis of congestion avoidance scheme, acknowledgement mechanisms can be considered which can reduce the energy consumption to a major level.
Keywords: Cluster Analysis, Cluster Head, Energy Consumption, Sensor Networks

Vision based Identification and Classification of Weld Defects in W...

This paper is a review for the identification and classification of weld defects in welding environments based on vis...

Comparative Analysis of Data Mining Tools and Techniques for Inform...

Background/Objectives: There are a lot of information retrieval techniques available for getting information from dif...

Background/Objectives: In the present scenario the use of bio concrete proved very fruitful for construction of durab... 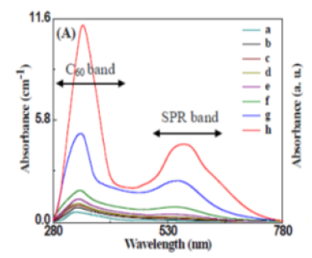 Typhoid fever (TY) is an acute systemic infection caused by the bacterium Salmonella enterica serovar Typhi and is tr...

Effect of Substituted Mn on Electronic Characteristics of Indium Ox...

Objective: One of the main raising issues in chemical industries is improving the materials electric properties. For ...

Assessment of Sustainable Development of Rural Areas of Russia

Objective: Assessment of sustainable development of rural areas is based on the calculation ofthe complex integral in...