Objectives: To optimize row-level data security for Transactional Business Intelligence (TBI) SQL queries to reduce complexity and enable the back-end database to create better optimized execution plans that perform and scale well. Methods/Statistical Analysis: Benchmark experiments were conducted using Oracle RDBMS 11gR2 using representative SQL queries from Oracle’s Fusion CRM TBI Applications for five different users with multiple, varying roles and data access permissions. All four measures of SQL performance viz. SQL response time (RT), Input-Output (IO) Buffer Gets, Hard-ParseTime and Shared Memory utilization were recorded with and without our proposed optimizations. The four performance measures were then compared to record actual improvements. Findings: The benchmark experiments established very promising results. We recorded repeatable, significant gains in not only the four measures of individual SQL performance but also at the database resources level. The proposed architecture enables the creation of a hand-shake mechanism between the application and security frameworks to optimize query and application performance. This is done by creating name-value pairs of roles and filter criteria and passing these from the middleware/application to the security framework at run time. The result is a pruned version of the final physical SQL, retaining only relevant RDSPs while removing ones not logically needed. Such optimized row-level data security makes TBI SQL queries less complex and the back-end database is able to create better optimized execution plans that perform and scale well. Query Response Time (RT) improvements ranging from 5% to 745 times, Hard-Parse Time improvements from 1% to 208 times, Logical I/O or Buffer Gets’ improvement ranging from 43% to 454 times and SQL-Shared-Memory reduction by up to 52%. Application/Improvements: Our proposed architecture is directly applicable to improve performance of all TBI applications that use row-level data security, especially in the Software-as-a-Service (SaaS) and Cloud Models.
Keywords: Access Control and Database Security, Cloud and SaaS Applications, Row-Level Data Security, RBAC, SQL Query Performance, Transactional Business Intelligence

Background/Objectives: Reconstruction of shapes from unorganized data points is a problem with lot of practical signi...

Impact upon the Indian socio-economic fronts by climate change

India is the seventh largest country in the world with fast developing economy. The climate change has an adverse add... 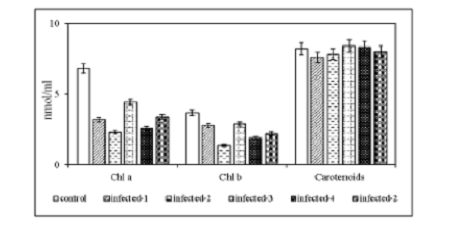 Objective: Grapevine (Vitis vinifera L.) is one of the major crops widely cultivated for the wine industry, as well a...

Thermal Effect on the Automobile Piston: A Review

Background/Objectives: Mechanical and thermal properties of aluminum-based piston alloys are mainly depend on the hea...

Labor Climate Management and their Incidence in the Organizational ...

Organizational Climate is one of the factors with major relevance for the personal and professional development of th...