The article considers one of the modern methods for marketing communication – viral marketing. Users of social networks act simultaneously as a target audience and distributors (recipients) of viral video. It is suggested that users should be segmented into three basic groups: Active, interested and passive. Concentration of these types of recipients in the network determines possible scenarios of self-development of viral video: Death, survival, transformation, each scenario being characterized as a field of attractors of virus development with dying out rate, stability level and growth rate inherent in it. Dynamic and statistical indicators are proposed for assessment of virus efficiency (increase of viewings, increase of users), on the basis of which the matrix of current states of viral video is built. A methodology is proposed for assessment of the current and the future states of the virus in accordance with statistics of indicators for the previous period based on the linear regression method. Limit values of coefficients of users and video viewing increase, which corresponds to various scenarios of virus development, including instability states, are defined. The possibility of diagonal express-assessment of the matrix when the number of users and number of viewings are believed to be conditionally equal is reviewed and practically trialed.
Keywords: Internet Marketing, Marketing, Viral Marketing, Viral Marketing Management

Synthesis and Characterization of Phenol Formaldehyde Resin as a Bi...

Objectives: The article deals with problem of creating the new systems of the Ethernet network optimal structure, con...

Theoretical Calculations and Numerical Modeling of High Intensity U...

Objectives: This work focuses on development of the mathematical models and theoretical research of the ultrasound ab... 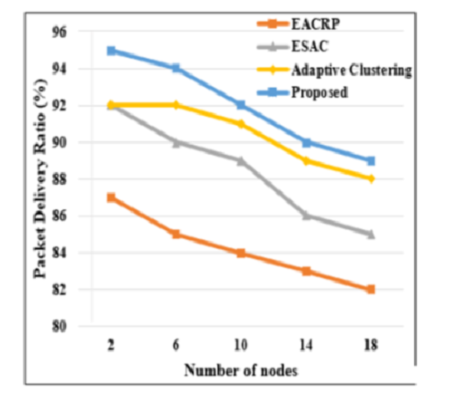 Dynamic Compilation of Pattern based clustering and Volumetric Prob...

Objectives: The key objective is to investigate the current state of the art in web service prediction systems and al...

This paper presents a design of efficient smart jammer to jam the 4G signals, specifically band 3 and band 40 which c...

Background/Objectives: In today’s world there is a rapid increment in vehicle movement and to resolve the vehic...

This research aims to provide an easy way to visualize attention levels of a subject through neural interface device ...

The main objective of this research work is to obtain a personalized search result required by the user, by creating ...

Objectives: To develop a methodology for cell formation (i.e. recognition of part families and corresponding operatio...

Communication between ends have dramatically increased by the expansion in wired (Hard) and wireless networks (soft w...