Background/Objectives: This study aims to examining the urban middle class, namely the specifics of its professional portrait, self-identification and peculiarities of economic behavior. Methods/Statistical Analysis: The methodological basis of the study includes the fundamental ideas of theoretical sociology, comparative analysis, and interdisciplinary approach. The study is based on the conceptual works and the research results of Russian and foreign authors devoted to the analysis of class and gender aspects of social transformations in the countries of Western Europe, America and Russia. Questionnaire surveying of 276 men and 395 women was used as an empirical method. The representativeness of the sampling is provided by maintaining the age and sex structure of the adult population, the proportions between the population size in different districts of the city (sampling error does not exceed 3%). Findings: On the basis of the developed methodology of the study it is revealed that representatives of the urban middle class differ in their attitude to work as compared to other classes. When studying this question it is required to consider instrumental and spiritual aspects. Economic behavior of the middle class is more variable. This is particularly evident in the situation of the need to improve their financial well-being. The middle class is characterized by a considerable rational financial behavior. The essential feature of the urban middle class is the availability of modern investment mentality, what is new in the study of the representatives of the social strata under investigation. Because of their social status, the middle class is interested in social stability, universal respect for the law, therefore, in improvement of the efficiency of the state bodies’ work and elimination of various barriers preventing effective business. This confirms the idea that the middle class is the main productive force of society, contributing to the stability of the latter. The investigation of gender aspects should be considered as a novelty of the study. Applications/Improvements: The obtained results allow complementing the notions of self-identification, the middle-class structure, and its economic behavior. These findings can be used in further research on gender issues.

The Proviral Load of the Bovine Leukosis Virus is Associated with t...

Objective: To associate the proviral load (PVL) of the bovine leukosis virus found in the Harton del Valle (HV) breed...

A Study on the Differences between Spiritual Wellbeing and Sexual A...

This study focuses on the provision of baseline data for the intervention programs of building proper sexual attitude...

Production of Methyl Ester of Mahua (Madhuca Biodiesel) for Improvi...

Background: In present day scenario, energy sector of developing world is depending upon fossil fuels. To reduce this... 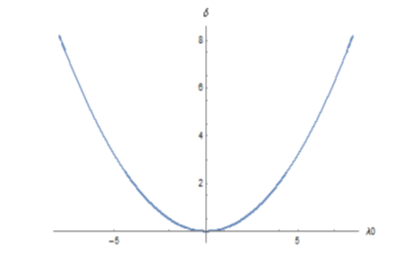 Am I Have to Extrovert Personality? An Empirical Investigation of R...

Objective: Local-level statistics are generated from different data sources for planning and decision-making. A strat...

Evaluation of cadmium toxicity on the population growth of Brachion...

The effect of heavy metal (cadmium chloride) toxicity on the reproductive bionomics of the rotifer Brachionus plicati...