Objectives: The present research work concentrates on identification and evaluation of safety indicators for heterogeneous and non-lane based traffic. Explore the relationship of identified safety indicators with conflicts and crash potential. Methods/Statistical Analysis: Safety analysis is done in preventive point of view. Safety analysis in preventive point of view is to derive safety indicators which help to understand and analyze the crash phenomena. Some surrogate safety measures frequently used are Time to Collision (TTC), deceleration rate, Post Encroachment Time (PET) etc., Three parameters like longitudinal headway, lateral headway and percentage overlap will be evaluated as their use as safety indicator for Indian traffic. Findings: Due to heterogeneity and absence of lane discipline vehicle interact with other vehicles in its neighborhood not only in longitudinal direction but also in lateral direction. Using combination of safety indicators conflict event are evaluated. A relation between traffic flow (volume) and conflicts is proposed that is, when traffic flow increases conflicts also increase and vice versa. By drawing a relation between the lateral headway and time to collision in heterogeneous traffic conditions I have concluded that drivers maintaining larger lateral headway have less time to collision as they are not following the car following technique as this is not homogeneous traffic, similarly when the longitudinal headway between vehicles is high then their time to collision is more and hence they are maintaining less lateral headway between them, helping me to find out the no of conflicts being generated in any stretch of heterogeneous traffic, through this conflict data by studying the past accident or crash data a relation will be brought between conflicts and crash phenomena for further improvements. Application/Improvements: Safety Indicators applied for heterogeneous traffic conditions helps predicting the road accidents/crashes by analyzing the conflicts preventing the actual crashes and helping in further road safety improvements.

Spam known as Unsolicited Bulk E-mail (UBE) including undesirable electronic correspondence that is sent in bulk to m...

A Study of Current State of Privacy Policies in Social Networks

Objective: The study aims is to bring forward the hardship in understanding the current scenario of privacy policies ... 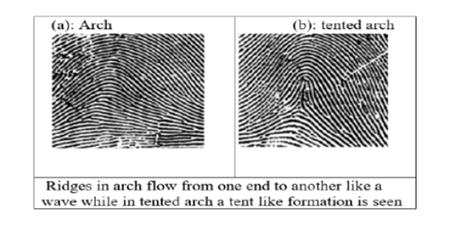 Objectives: To ascertain the association between digital dermatoglyphics and criminal tendency and to analyze which d...

Synthesis and study on effect of various chemical conditions on the...

In this work, a novel family of salt-responsive polymeric hydrogel based on collagen was prepared via simultaneously ...

A Study on the Effects that Personality Traits have on the Performa...

Objectives: This study examines the effects that the personal traits (agreeableness, extroversion, openness to experi...