This paper studies and evaluate Scalability of Voice over IP (VOIP) on various MPLS Tunneling technologies. Several works have been carried out to evaluate the performances of VOIP in different IP and MPLS architectures. According to our research, no scientific work has been done analyzing scalability by increasing the load of VOIP packets in different MPLS tunneling technologies. This was a motivation for us to propose a scalability study of the VOIP technology in the various scenarios (IP, MPLS, MPLS VPN and MPLS VPN protected by IPsec). The study was conducted on 64 different scenarios by changing MPLS tunneling technology and rising the packet load to the order of 2 ^ n ranging from 64 to 475000. The obtained results showed that the IP network is affected by a high latency and a bad MOS score. While MPLS remains scalable even in high load scenario (475000 bytes). IPsec on MPLS VPN isn’t a good choice to add additional security level, from results it’s shown clearly that from scenario of 46875 bytes on load, VOIP become unusable. This study carried out under OPNET Modeler 14.5, the evaluation criteria are jitter, latency, loss rate and MOS score.

An Efficient Strategy to Provide Secure Authentication on using TPM

The major objective of the paper is to implement cost effective TPM based software, which reduces the TPM chip as it ... 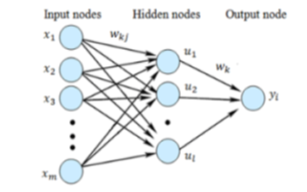 A rainfall-runoff model using artificial neural networks for the di...

Objectives: The main objective of this research is to determine the Hydrological (Rainfall-Runoff) model by using Art...

Objectives: An experiment has been carried out to study the milk fat replacement with sunflower oil rice bran wax org...

Factors Influencing Quality of Life among Cancer Patients in South ...

Background/Objectives: Excellence of Universities is based on students’ success in their academic and it is pos...

A Study on the Sexuality Change in Experience of College Students D...

Objectives: To improve the security, as well as privacy while sharing data/information to third parties. From the dat...

Background/Objectives: The cement industry is seeking ways to reduce the energy resource consumption and environmenta...